Skip to content
Home » News » Breaking News » At the Kansas Zoo, a mother chimpanzee reunites with her young in a touching moment 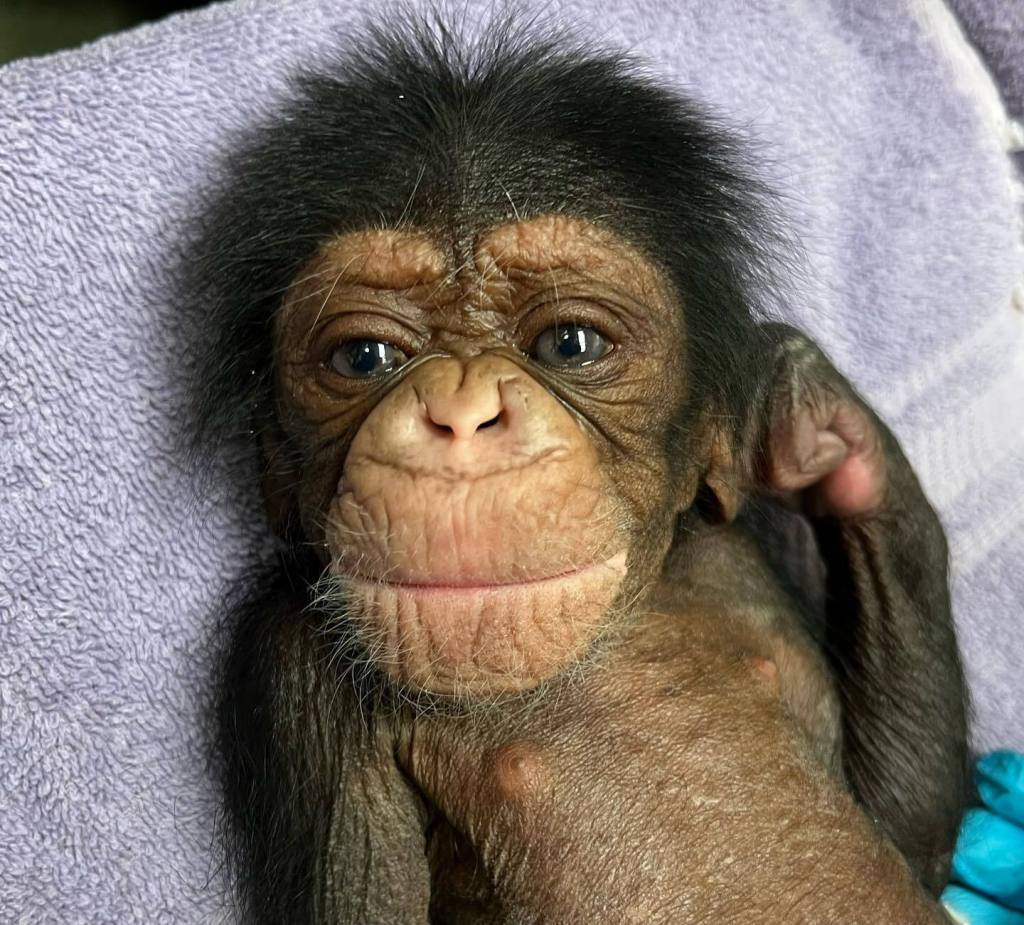 On Tuesday, one of the chimps at the Sedgwick County Zoo gave birth to a newborn boy through C-section, making him the zoo’s newest member.

In the heartwarming video, Mahale, the mother, enthusiastically welcomed her kid after nearly two days of separation due to delivery problems.

According to the Kansas zoo, the infant chimpanzee was given the Swahili name Kucheza, which means “play.”

The decision to undergo a C-section was decided after the animal care team observed Mahale experiencing labor difficulties.

Kucheza was reunited with his mother after receiving the all-clear from the zoo’s medical staff.

The baby chimpanzee’s name is Kucheza, which means “play” in Swahili.
Facebook and the Sedgwick County Zoo

College Hill Obstetrics & Gynecology’s Drs. Whisler and Chibry were called in to assist zoo veterinarians with the delivery process.

The challenge with human and animal births, according to Dr. Heather Arens, director of animal health at Sedwick County Zoo, is that doctors cannot effectively monitor animals to see how their contractions are progressing.

“I believe that not every zoo has teamwork and collaboration with human medical doctors as well as involvement with the community. So privileged to be a part of it in Wichita,” Dr. Arens told KWCH.

»At the Kansas Zoo, a mother chimpanzee reunites with her young in a touching moment«