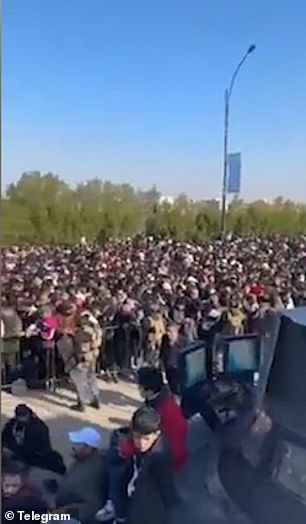 Thursday, hours before the final of the Gulf Cup, a rush broke out outside a football stadium in Iraq, resulting in one death and hundreds of injuries, according to medical and security officials.

Thousands of supporters without tickets had waited outside the stadium in Iraq’s key southern city of Basra since daybreak in the hopes of viewing the match between Iraq and Oman, which was scheduled to begin at 7pm local time (1600 GMT).

A medic stated, “There has been one fatality and dozens of minor injuries.” A representative of the interior ministry offered the same toll.