Skip to content
Go Home «» News «» Breaking News «» At a campground in Malaysia, a landslide has left 16 dead and 17 missing 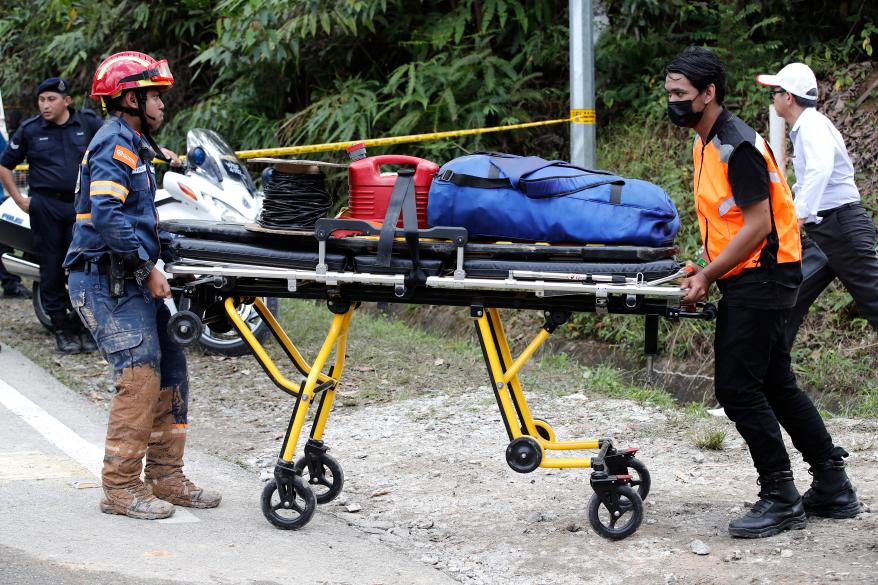 BATANG KALI, Malaysia — 16 people were killed by a landslide at a tourist campground in Malaysia on Friday, while 17 others were presumed buried at the location on an organic farm near the capital city of Kuala Lumpur.

According to district police commander Suffian Abdullah, an estimated 94 Malaysians were camping near Batang Kali in central Selangor state, some 50 kilometers north of Kuala Lumpur, when the event occurred.

He reported that the dead toll has grown to sixteen, including a five-year-old child. He stated that seven people were hospitalized with injuries and that rescuers were searching for an estimated 17 missing people. An additional 53 persons were rescued without incident.

Wednesday, according to Suffian, the victims reached the location, a popular recreational place where locals pitch or hire tents from the farm. More than 400 individuals, including tracking dogs, participated in the search and rescue operations.

On December 16, 2022, rescue personnel assemble equipment at the site of the landslide at an organic farm in Batang Kali, Malaysia.

On December 16, 2022, a victim rests during rescue and evacuation operations at a campsite in Batang Kali, Selangor state, on the outskirts of Kuala Lumpur, Malaysia.

On December 16, 2022, rescue personnel come to assist in the search for victims of the landslide in Batang Kali, Selangor, Malaysia.

The fire department of Selangor said that firemen began arriving at the area a half-hour after receiving a distress call at 2:24 a.m. The landslide fell from an estimated height of 98 feet from the edge of a road and covered an area of around three acres. It published images of rescuers using flashlights to sift through earth and debris early in the morning.

The New Straits Times English-language daily quoted Leong Jim Meng, 57, as claiming that he and his family were awakened by a tremendous blast “that sounded like an explosion” and felt the earth shake.

On December 16, 2022, a general image of the landslide in Batang Kali, Selangor, Malaysia is displayed.

“My family and I were stranded when our tent was buried in dirt.” We were able to escape to a parking lot before hearing a second avalanche,” he told the publication. In recent days, he noted, there has been no major precipitation, simply mild drizzles.

The campsite is located on an organic farm near Genting Highlands, a major tourist attraction with theme parks and Malaysia’s lone casino. The routes leading into the area have been closed off.

»At a campground in Malaysia, a landslide has left 16 dead and 17 missing«