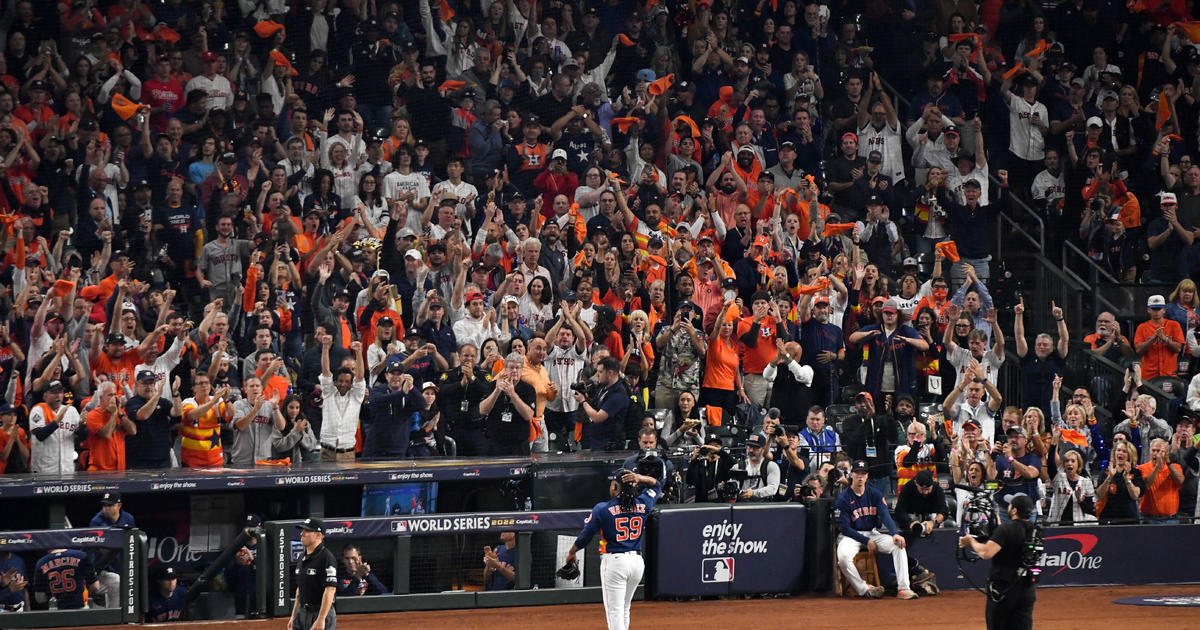 As in Game 1, the Astros jumped out to an early 5-0 lead. Unlike Justin Verlander in the opening game, Valdez and Houston maintained their lead.

Valdez bounced back from two poor performances in last year’s World Series to pitch scoreless ball into the seventh inning, and the bullpen escaped a couple of jams to close out the game.

Four pitches into Houston’s at-bat against Zack Wheeler, Jose Altuve, Jeremy Pea, and Yordan Alvarez all doubled to give the Astros a two-run lead. Bregman added two more runs to the score with a two-run homer in the fifth inning.

A day after coming from behind to win 6-5 in 10 innings. Philadelphia attempted to rally in this contest as well.

First base official Tripp Gibson initially signaled for umpires to confer, but the call was overturned after a crew chief review determined the ball was just foul of the foul pole.

This season’s NL home run leader, Schwarber, then hit a long drive that was caught at the right field wall.

Ryan Pressly completed the combined six-hit shutout, allowing a run due to an error by Yuli Gurriel at first base.

In 31 of the previous 61 1-1 Series, the winner of Game 2 went on to win the championship, but only four of the last fourteen.

Valdez pitched with poise after suffering to a 19.29 ERA in two World Series starts during last year’s six-game loss to Atlanta. In 6 1/3 innings, the 28-year-old left-handed pitcher allowed four hits while striking out nine and walking three.

He blew by batters with an average fastball velocity of 95,6 mph and befuddled them with his curveball, which resulted in three looking strikeouts. Unusual for him, he altered his glove and spikes mid-game.

When the Phillies placed two men on base for the only time against Valdez in the sixth, he struck out Game 1’s MVP J.T. Realmuto with a fastball and got Bryce Harper to ground into a double play with his first pitch.

»Astros even Series with dominant Game 2 win over Phillies«