Skip to content
Home » News » All News » Asian shares edge up from near two-year lows as U.S. inflation data looms 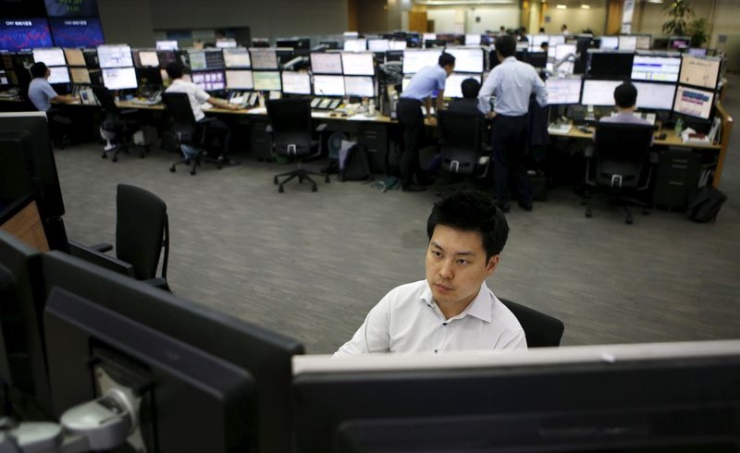 Asian shares squeezed higher on Wednesday from close to two-year lows hit in the previous session while the dollar held steady, ahead of keenly awaited U.S.

inflation data that will offer a guide to how aggressively the Federal Reserve will raise rates.

MSCI’s broadest index of Asia-Pacific shares outside Japan rose 0.8%, having fallen to its lowest since July 2020 the day before. Japan’s Nikkei gained 0.3%, Reuters reported.

Chinese data released earlier on Wednesday showed consumer prices gained 2.1% from a year earlier, above expectations and the fastest pace in five months, partly due to food prices.

Factory-gate inflation, while also above expectations, eased to a one-year low.

U.S. consumer price data, due at 1230 GMT, could give an indication of whether the Fed will raise rates even more aggressively to combat inflation.

The Fed last week raised its target for overnight bank-to-bank lending by a half a percentage point, and Chair Jerome Powell said two more such hikes are likely at the U.S. central bank’s coming policy meetings.

The dollar index, which measures the greenback against six main peers, was steady at 103.79, not far from the high of 104.49 reached at the start of the week is highest since December 2002.
“The dollar’s reaction to the CPI will be asymmetrical in our view,” said CBA analysts in a note.
“A positive surprise will encourage markets to increase pricing for a 75pt increase in the Funds rate later in the year and support the dollar, while a negative surprise will keep pricing for 50bp increases in June and July intact and leave the dollar steady.”

Analysts expect the U.S. consumer price index
They also predict an annual increase of 8.1%, 0.4 percentage point lower than the prior 8.5%, which was the hottest reading since December 1981.

U.S. Treasuries were also quiet ahead of the data. The benchmark 10-year note yield was little changed at 2.9774%, having fallen from a three-year high hit Monday.

On the front end of the curve, the U.S. two-year yield, which often reflects the Fed rate outlook, was steady at 2.6228%
Bitcoin was trading around $31,700, having staged a small recovery after falling below $30,000 on Tuesday for the first time since July 2021.

Oil bounced back from declines the previous day as markets try to balance concerns that China’s zero COVID policy will impact demand.