Skip to content
Home » News » News » As he is being arraigned for murder on the high seas, Nathan Carman cries that he is not guilty 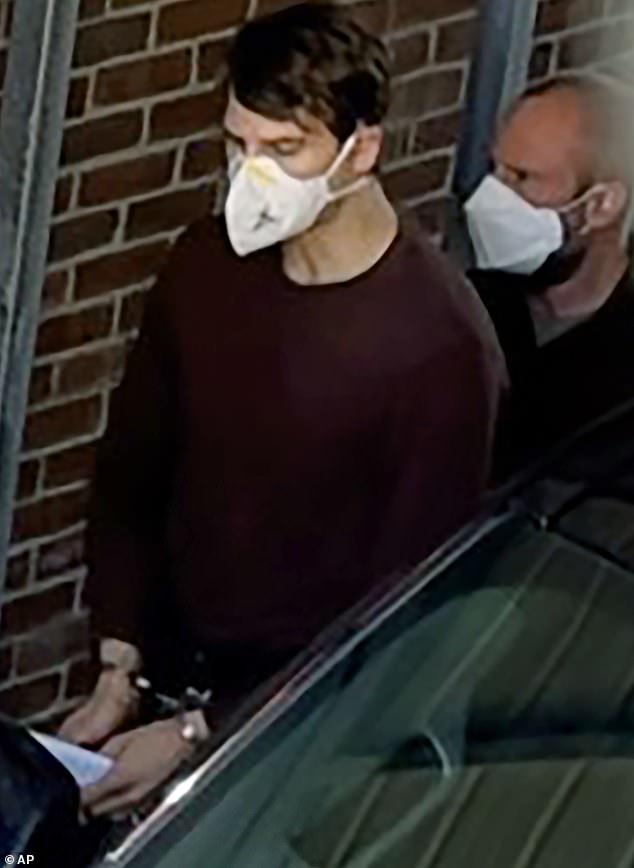 A man who was rescued from a raft off the coast of New England in 2016 after his boat sank has pleaded not guilty to killing his mother at sea in a plot to inherit the family’s estate.

Nathan Carman, 28, was arraigned in federal court in Rutland, Vermont on Wednesday on multiple fraud counts and a charge of murder on the high seas in the death of his mom Linda Carman.

He shouted ‘Not guilty!’ in the direction of reporters who asked him if he had killed his mother as he approached the courtroom, where he then entered a formal plea of not guilty.

Authorities alleged in the indictment unsealed Tuesday that Carman also fatally shot his grandfather, John Chakalos, at his home in Windsor, Connecticut, in 2013 as part of a scheme to obtain money and property from his grandfather’s estate, but he was not charged with that killing.

‘As a central part of the scheme, Nathan Carman murdered John Chakalos and Linda Carman,’ the indictment reads.

Prosecutors allege the inheritance scheme that has spanned nearly a decade began with Carman buying a rifle in New Hampshire that he used to shoot Chakalos on December 20, 2013, while he slept.

He moved from an apartment in Bloomfield, Connecticut, to Vernon, Vermont, in 2014.

He was unemployed much of the time, and by the fall of 2016 was low on funds when he hatched the scheme to kill his mother, prosecutors said.