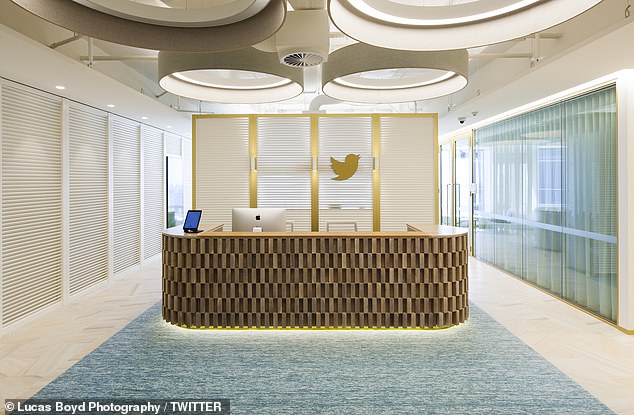 Staff at Twitter’s Australian office will anxiously check their phones at 1:00 a.m. on Saturday to determine if they still have jobs, as new CEO Elon Musk initiates a global layoff of the social media platform’s workforce.

An email was issued to all full-time Twitter employees throughout the world announcing substantial layoffs in order to keep the company on a “healthy path” moving forward.

Saturday at 1 a.m., employees at Twitter’s Australian branch (pictured) will learn if they will keep their jobs following Elon Musk’s recent takeover.

The internal email stated, “In an effort to put Twitter on a healthy path, we will undergo the arduous process of decreasing our global staff on Friday.”

The email went on to say, ‘By 9 a.m. PST on November 4 (1 a.m. Saturday morning AEDT), everyone will get an email with the subject line Your Role at Twitter.’

The email will be sent to the Twitter accounts of employees whose positions are maintained.

Those who have been terminated will receive the next steps about their termination through email.

The message also stated that all offices would be temporarily closed and access would be suspended “to help protect the safety of each employee, Twitter systems, and customer data.”

An email was issued to all full-time Twitter employees globally informing them of major layoffs.

The previous week, he grumbled in a tweet that ‘there appear to be ten people’managing’ for each person coding.’

Twitter has halted all employee access to its San Francisco headquarters (above) and other offices, advising employees to “go home” and await word on their employment status.

The first week of Musk’s ownership of Twitter has been characterised by chaos and confusion. Two company-wide meetings were scheduled, but were abruptly canceled mere hours beforehand.

They stated, “It feels like we’re working with the Gestapo.”

Audi and General Mills, the manufacturer of Pillsbury, Betty Crocker, and Haagen-Dazs, have also acknowledged a halt.

According to a Wall Street Journal article, Mondelez International, the creator of Oreos, and Pfizer, a pharmaceutical behemoth, have both halted their Twitter marketing spending.

Audi and General Mills have joined a growing number of corporations that have stopped advertising on Twitter since Elon Musk acquired the company.

Musk assured advertisers last week that he would prevent Twitter from becoming a “free-for-all hellscape” in response to concerns that the social media platform will become flooded with the voices of bigots and conspiracy theorists.

Now, he is racing to convince sponsors that he will honor his promise.

A media buyer at a large advertising agency, who declined to be identified, stated that the firm would meet with Musk to inquire about how the Tesla CEO intends to deal with misinformation on the social media site.

Musk turned to Twitter on Wednesday evening to conduct a poll asking users if marketers should support freedom of speech or “political correctness.”

»As Elon Musk takes over Twitter, Australian employees will learn if they’re fired on Saturday«