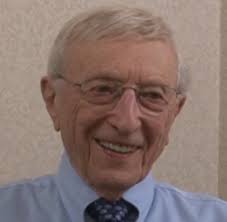 Arthur Rupe, an American music record executive and a 2011 inductee to the Rock & Roll Hall of Fame, died on Friday at age 104. The super star died in his home in California, according to a statement from the Arthur N. Rupe Foundation. His daughter, Beverly Rupe Schwarz,  confirmed the news.
Rupe launched the career of Rock and Roll pioneer Little Richard and contributed to making R&B a mainstream genre of music, according to the Rock & Roll Hall of Fame.

“Rock and roll as we know it would not exist without Art Rupe,” the Hall of Fame wrote on its website.”Rupe’s fastidious work ethic and uncanny musical intuition shaped the evolution of rock.”
The record producer was born Arthur N. Goldberg on the 5th September,  in Greensburg, Pennsylvania, his foundation said. He later changed his name to “Rupe” after he moved to California and discovered from his paternal grandfather that the family name Goldberg was adopted at Ellis Island, according to his foundation.

Rupe became a record producer and ultimately founded his record label, Specialty Records known for its rhythm and blues, blues, gospel and early rock and roll music recordings, in Los Angeles in 1946. He featured many artists, including Roy Milton, Percy Mayfield, Joe and Jimmy Liggins, Lloyd Price, Little Richard, and Sam Cooke.
He later founded the Arthur N. Rupe foundation.
Rupe is survived by his daughter Beverly, her husband Leo Schwarz and his granddaughter Madeline Kahan and her husband Kyle Kahan.