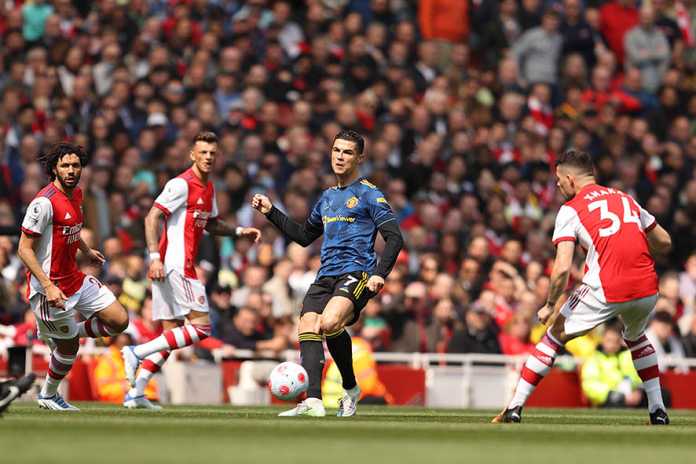 When they host Manchester United at the Emirates Stadium on Sunday evening, English Premier League leaders Arsenal will be seeking for payback in a marquee league match.

Since losing 3-1 to United at Old Trafford in September, North London have not tasted defeat in the league, recording 15 victories and two draws in 18 meetings.

Mikel Arteta is without a doubt a candidate for manager of the year. Since the “Invincibles” era in 2004, he is inching closer to restoring league title dreams to Arsenal fans by assembling a young and dynamic side.

As a result of Wednesday night’s 1-1 draw against Crystal Palace at Selhurst Park, the Red Devils squandered an opportunity to rise above archrivals Manchester City and get within six points of the Gunners.

Casemiro, a Brazilian midfielder, gets suspended after receiving his fifth yellow card of the season for Erik ten Hag’s team. The former Real Madrid star has established himself as a pivotal figure in the United midfield.

In a post-match interview with Sky Sports on Wednesday, Ten Hag stated that he is unconcerned with the 30-year-absence, old’s noting that his team defeated the Gunners without Casemiro’s participation in the first matchup.

We defeated Arsenal the last time without Casemiro. “He [Casemiro] is obviously an important player for us, and he is one of the reasons why we are in our current position,” added Ten Hag.

“We have a team, but we need to fill in the gaps and formulate a strategy.” The squad must be filled. We have already demonstrated how to defeat Arsenal as a team.”

Arteta and Ten Hag have been phenomenal this season after ranking fifth and sixth in the log standings, respectively, in the previous campaign.

»Arsenal is out for vengeance against a resurrected Manchester United«