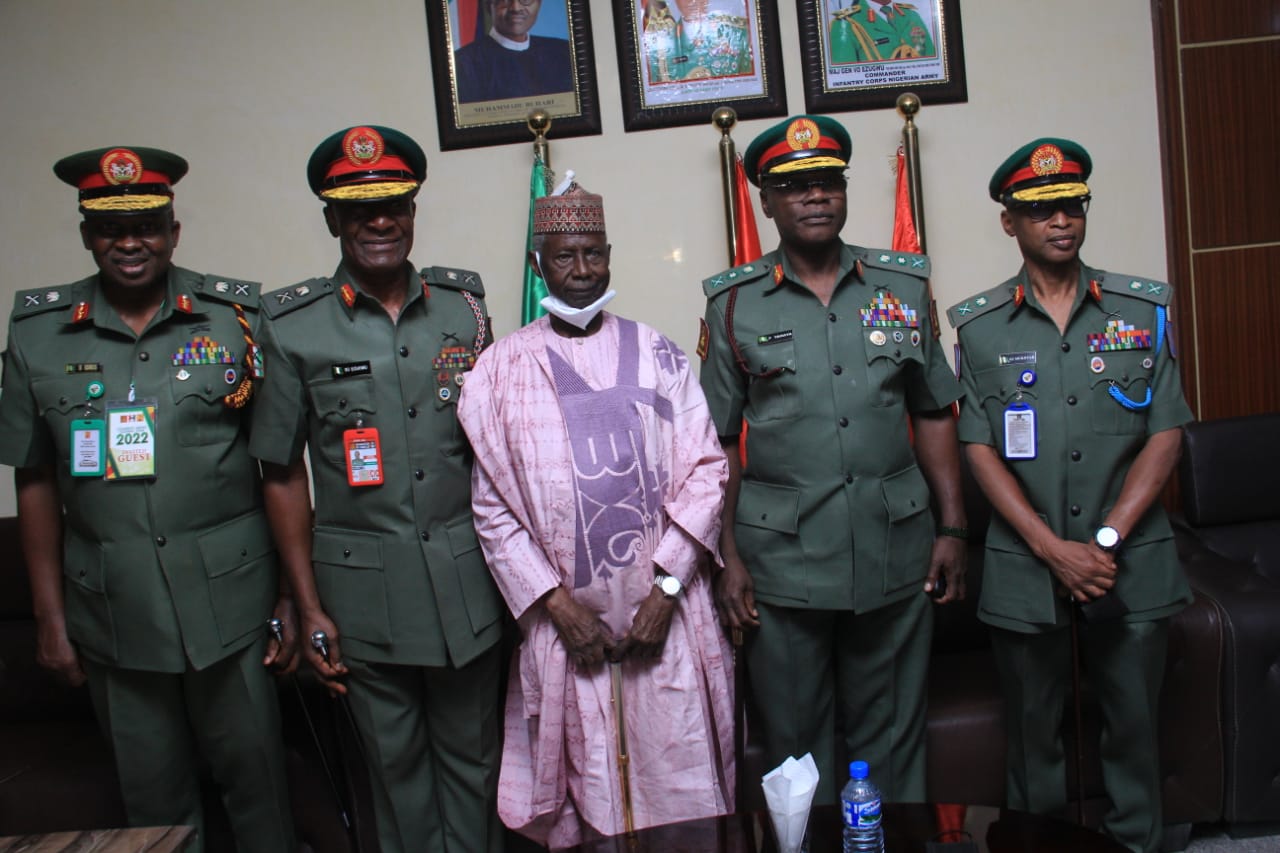 The Chief of Army Staff, Lieutenant General Faruk Yahaya has called on retired officers of the Nigerian Army to feel free to offer opinions and suggestions that could be of benefit in the ongoing operations to tackle insecurity in the country.

General Yahaya made the clarion call on Tuesday 10 May 2022 at the Combat Arms Training Week 2022, with the theme: “Effective combat Arms Manoeuvre: A Panacea for success in battle”.

Declaring the event open, the COAS stated that Combat arms was key to the Operational activities  of the Army, and the Nigerian Army operations revolve around the combat arms. He noted that a lot of operational successes are being achieved in the various theatres of operations, though not without some isolated incidents.

The COAS noted that training is key to human development, performance and productivity, while maintaining that the NA would continue to partner with all relevant stakeholders to sustain training and build capacity of personnel to enhance efficiency.

General Yahaha appreciated the President, Commander in Chief of the Armed Forces of Nigeria Muhammadu Buhari for his unwavering support to the Nigerian Army and pledged the unalloyed loyalty of the troops. He charged all NA personnel to remain apolitical as the election season approaches.