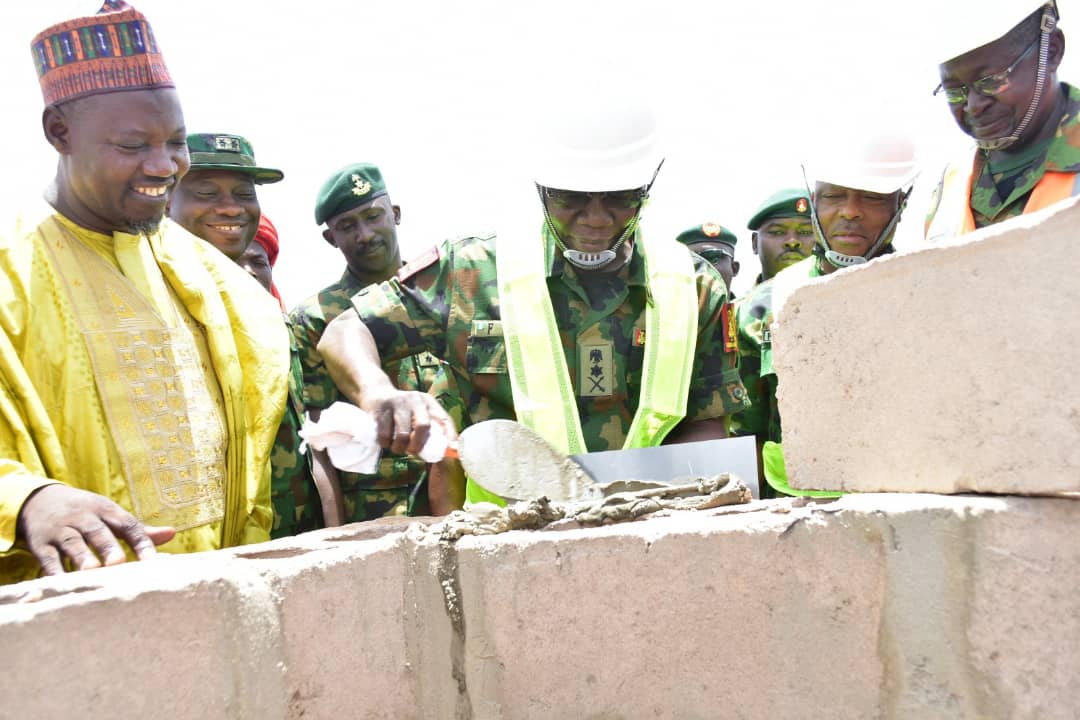 The Chief of Army Staff (COAS) Lieutenant General Faruk Yahaya on 3rd May 2022 performed the groundbreaking ceremony for establishment and construction of new Forward Operations Base (FOB) Isa, in Isa Local Government Area of Sokoto State.

The ground breaking ceremony  took place during the COAS’ operational tour of  Operation HADARIN DAJI in the North West, to evaluate ongoing anti banditary operations in the zone. Pictured below:

Speaking at the event, General Yahaya stated that the initiative to build the new Forward Operation Base Isa in the eastern region of Sokoto state is premised on its strategic importance to the ongoing operations.

General Yahaya pointed out that the FOB will facilitate the planning and execution of several operations according to a statement signed by the Director Army Public Relations, Brigadier General.

The COAS urged the traditional rulers and the communities to cooperate with the troops, in order to checkmate banditry and other heinous crimes in the Regionk.

TROOPS/EID EL FITRI
Amidst his operational tour to Operation HADARIN DAJI, the COAS also took out time to felicitate and have lunch with the troops, to mark the Eid El Fitri.

In his address to the troops, General Yahaya charged them to intensify  their operations and take the fight to bandits in their enclaves while commending them for the successes recorded so far, urging them not to relent in order to meet the  expectations of the nation. He assured the troops that more logistics will be deployed into the theatre to enhance their combat efficiency.

COURTESY VISITS
The COAS  also paid a courtesy call on the Governor of Sokoto state, Right Honourable Aminu Waziri Tambuwal, who lauded the troops for their effort in the ongoing operations and reiterated his support to the Nigerian Army in  tackling the security challenges in the state.

Relatedly, the COAS equally paid Sallah visit to the Sultan of Sokoto, His Eminence Alhaji Dr Muhammad Sa’ad Abubakar III, who also assured the COAS of his continuous support to the Nigerian Army .

He further stated, that the traditional institution will continue to sensitize residents in their domain to support the military and other security agencies in their effort to address the security challenges.

General Yahaya appreciated the Royal father for his guidance and prayers, adding that, the Nigerian Army will continue to partner with the traditional institution to tackle the security  challenges bedeviling the country.