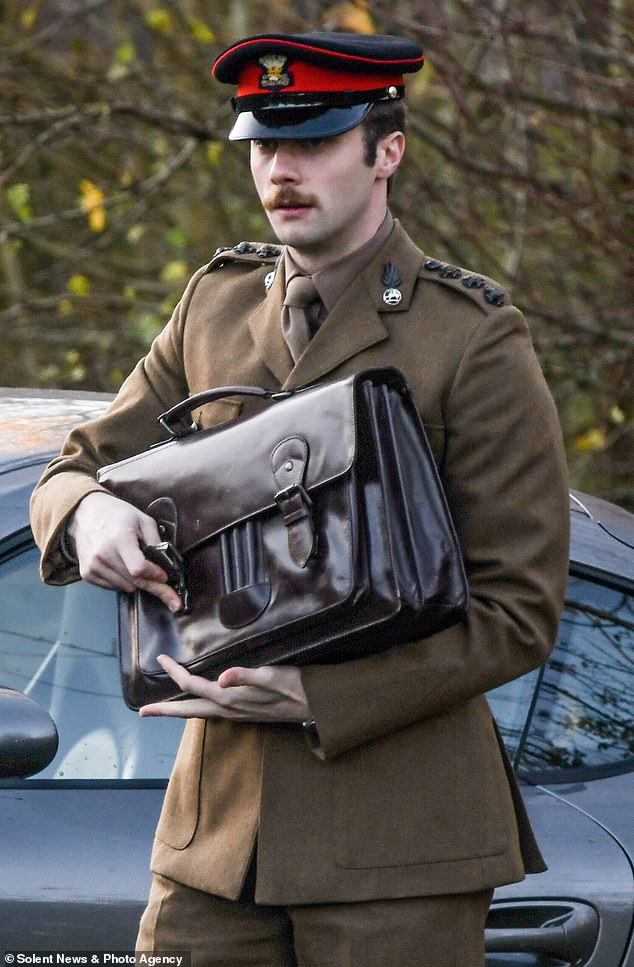 A military court heard that a British Army captain was penalised for violating a curfew by going out for pizza and returning to camp 24 minutes late while on the NATO frontline near the Russian border.

At the outset of the Russia-Ukraine conflict, the camp’s commanding commander, Lieutenant Colonel Rupert Streatfeild, imposed a tight 9 p.m. curfew in response to troops’ late-night pranks.

The court heard, however, that the commanding commander of The Royal Welsh battle group became worried about poor discipline in the camp in Tapa, Estonia.

In May of this year, the curfew was reduced from 10.30pm to 9pm in order to “maintain the fight group’s image.”

Captain James Shearer, who defended himself in court, stated that he was unaware that the curfew had been adjusted to 9 p.m. since he had been attending an armoured vehicle school that week.

The 31-year-old Scottish intelligence officer was prosecuted at a summary court and fined three days’ salary by Lt Col Streatfeild.

Captain James Shearer arrives at the Bulford Military Court Centre, where he will be penalised three days’ pay for violating curfew.

Cpt Shearer of the 1st Battalion The Royal Welsh, however, contested this judgment.

During a daylong summary appeal at Bulford Military Court, Wiltshire, the judge and board members upheld the Commanding Officer’s conclusion that he violated the rules by missing curfew in less than 20 minutes.

He informed the court that he would not challenge the fine.

His Royal Welsh battalion assumed command of the NATO enhanced Forward Presence Battlegroup in Estonia earlier this year as part of operation Cabrit, which aimed to bolster European security in response to Russia’s invasion of Ukraine.

Lieutenant Commander Edward Hannah, representing the Crown, stated, “On May 7, [Capt Shearer] was sent to camp Tapa in Estonia for operation Cabrit.

He was aware of a curfew that forced him to return to camp by a specified hour.

“Battle group part one instructions were posted in guardrooms, headquarters, and other structures.

The officer said he was unaware his base’s curfew hour had changed when he returned 24 minutes late after ordering pizza.

The Army argues that the defendant violated a 21 o’clock curfew that he was supposed to know.

Acting Major Matthew Ixer testified that Cpt. Shearer, like everyone else, had “easy access” to the internet orders.

Maj Ixer stated that the instructions had been disseminated across the camp: ‘They are posted on the [internet] sharing point, which is easily accessible to everyone.

Additionally, they are printed and distributed around the camp.

Maj Ixer told the court that earlier that week, Lt. Col. Rupert Streatfeild had been “irate” at a meeting and had imposed the curfew earlier, with Cpt Shearer “definitely” there.

‘The Commanding Officer informed all of the majors, battlegroup staff, and other senior personnel present that the curfew would be changed to 21:00,’ he said.

“He was quite angry, and everyone was paying attention”

Maj Ixer stated that Lt Col Streatfeild altered the curfew time not just to ensure the safety of the men, but also to safeguard the reputation of the fighting group.

In addition, he informed the court that there was “no likelihood” that the two curfew hours would be confused, as 800 other workers had complied with the adjustment.

Cpt Shearer said that he was on an armoured vehicle course during the week the order was changed, thus he was unaware of it on the Saturday evening he was accused of violating it.

Additionally, he stated that the guard room’s instructions were “scattered around,” making it impossible to determine which were the most current.

“I followed the commands that were given to me,” he continued.

No evidence existed that the curfew hour had been altered.

Two kilometers away, Cpt. Shearer told the court that he and his colleagues ate pizza at a bistro.

He stated that the reservation was for 7:30 p.m. and the fact that they walked there and back ‘very plainly’ demonstrated that they were unaware of the curfew change.

The board and Assistant Judge Advocate General Jane England, however, concurred with Lt. Col. Streatfeild’s conclusion.

Judge England stated, “You went out on Saturday; we are certain that you had adequate chance to review part one orders, as it was your responsibility to do so.”

“We conclude that the 21.00 curfew was a standing rule that you were supposed to be aware of.

This judgment will result in a three-day pay penalties and a disciplinary record for Cpt. Shearer.

»Army captain penalized for 24 minutes over curfew on NATO frontline«