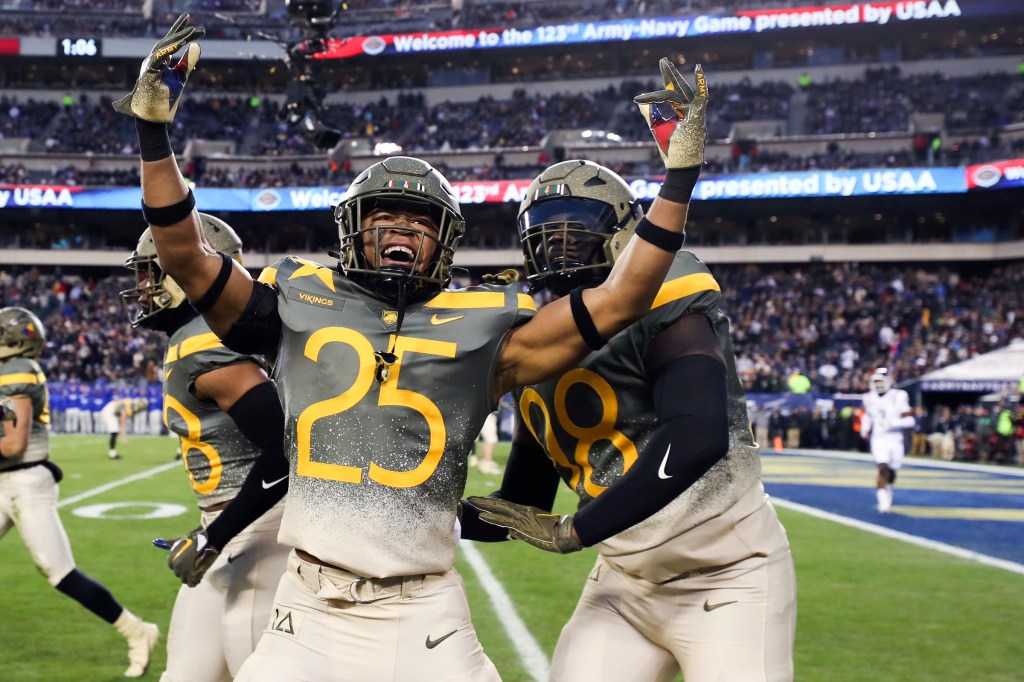 PHILADELPHIA — Navy’s Anton Hall Jr. fumbled the ball at the goal line in the second overtime, paving the way for Quinn Maretzki’s game-winning 39-yard field goal as Army defeated The Midshipmen 20-17 on Saturday night. This was the first overtime game in the 123-game rivalry series.

With 1:53 remaining in regulation, Maretzki converted a 37-yard field goal to tie the game at 10 apiece from 37 yards out. This was the only offensive play of the game.

Before the NCAA’s 1996 implementation of overtime, one of the sport’s biggest rivalries had never required an extra period of play.

Army’s Markel Johnson ran 25 yards for a touchdown on the first play of overtime to give the Black Knights a 17-10 lead. Navy’s Xavier Arline then threw a 25-yard touchdown pass to Maquel Haywood to tie the game at 17 apiece.

It was Navy’s first completion of the game, and Arline produced arguably the most impressive 1 of 1 for 25-yard performance in Navy history. In addition, he ran for 102 yards.

Hall, who had previously raced 77 yards for a touchdown, coughed up the ball as he dove for the end zone and remained dejected as fireworks exploded at Lincoln Financial Field after the game.

Navy still leads Army in the series 62-54-7. However, the Black Knights have won five of the last seven contests.

Cade Ballard completed one of Army’s few passing attempts after a pass interference call moved the ball to the 28-yard line with four minutes remaining on the clock, setting up Sebastian Maretzki’s game-tying field goal.