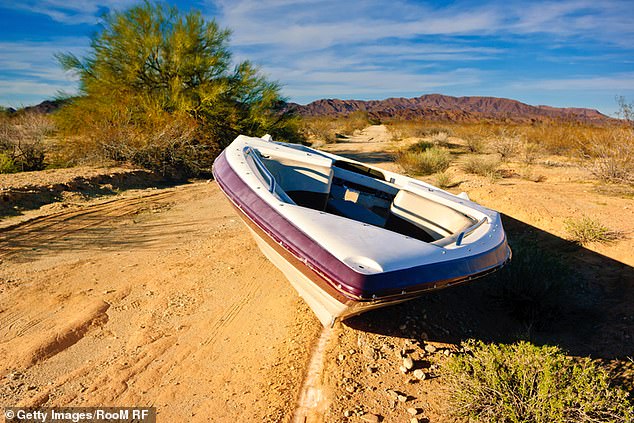 The daily water consumption of Wenden, Arizona citizens has begun to dwindle as megafarms owned and supported by sovereign nations use it to cultivate crops.

While the Colorado River Basin is experiencing a protracted drought owing to climate change, overused aquifers in Arizona are rapidly becoming depleted, negatively impacting the local economy and way of life.

CNN reports that the water table in the region has decreased from approximately 100 feet in the 1950s to approximately 540 feet in 2022. Residents of towns such as Wenden and Salome get their water from underground pools, the same source as farms.

And while La Paz County in Arizona is experiencing its worst drought in 1,200 years, along with the rest of the state and the Southwestern United States, it is being blamed on foreign-owned farms cultivating water-intensive crops, such as alfalfa.

To make matters worse, the products produced by these megafarms are ultimately exported to feed cattle and other livestock in other parts of the world, primarily the Middle East and the United Arab Emirates in particular.

Al Dahra Agricultural firm, headquartered in Abu-Dhabi, and Fondomonte Arizona LLC, a commercial farming venture completely owned by Almarai, one of the largest dairy corporations in the Gulf region, “have drained their [water],” according to La Paz County supervisor Holly Irwin.

She continued, ‘This is what enrages people the most. We should be taking care of our own people instead of allowing outsiders to come in, buy property, and continue to drill holes in the ground.

In 2018, Saudi Arabia implemented a regulation forbidding the cultivation of thirsty crops such as alfalfa and hay. As a result, ‘feedstock comes from overseas,’ according to Eckart Woertz, director of the Germany-based GIGA Institute for Middle East Studies.

Climate change issues have had a devastating impact on the Gulf region, where agriculture was formerly considered a thriving industry. According to My Bayut, the country’s’most popular real estate and lifestyle site,’ the United Arab Emirates now imports eighty percent of its food supply.

CNN’s Irwin added, “They have certainly upped production.” They have developed so much since their arrival.

Additionally, the Saudi-backed corporation has approximately 3,500 acres in Southern California, another renowned agricultural region in the United States, and uses Colorado River water to irrigate its crops.

According to the US Department of Agriculture, foreign-owned megafarms in Arizona have grown from approximately 1.25 million acres in 2010 to nearly 3 million acres by 2020. In the Midwest, the amount of farmland owned by independent nations has quadrupled.

CNN’s Woertz stated, “It gives you the sensation that you’re closer to the source.” The perception that you own or lease land elsewhere and have direct bilateral access [to water] may provide a false sense of security.

Fondomonte purchased 10,000 acres of farmland for $47.5 million in 2014, and also has leasing agreements with the state to expand its tillable property.

These megafarms primarily produce alfalfa and hay, which are then loaded onto trucks for sale to Saudi Arabia.

Almarai has stated in the past that its Arizona operations are a result of “continual efforts to increase and secure its supply of the highest grade alfalfa hay from outside the Kingdom to sustain its dairy industry.”

According to the largest English-language newspaper in Saudi Arabia, Arab News, ‘it is also in accordance with the Saudi government’s directive to conserve local resources.’

Almarai stated through one of its spokespeople, “Fondomonte decided to invest in the southwest United States, just as hundreds of other agricultural businesses have, due to the high-quality soils and climatic conditions that permit the growth of some of the highest quality alfalfa in the world.”

In a race for the most valuable resource on the planet – water – local residents and government officials are now pitted against not only multimillion-dollar corporations, but also countries that are experiencing droughts similar to the one affecting the Southwestern region.

CNN quoted Cynthia Campbell, a water resources management consultant for the city of Phoenix, as saying, “We are literally exporting our economy overseas.” I apologize, but no Saudi Arabian milk is returning to Southern California or Arizona. This agricultural output is not delivering value to the United States.

Approximately 36 percent of Arizona’s water supply comes from the Colorado River by 2020, according to The Associated Press.

With the implementation of a federally-approved Drought Contingency Plan that will reduce the state’s river water use by 21 percent beginning in 2023, the proportion of river water used to irrigate farms and populate cities has decreased. In the coming years, it is expected to decrease even further, but no one knows how much just yet.