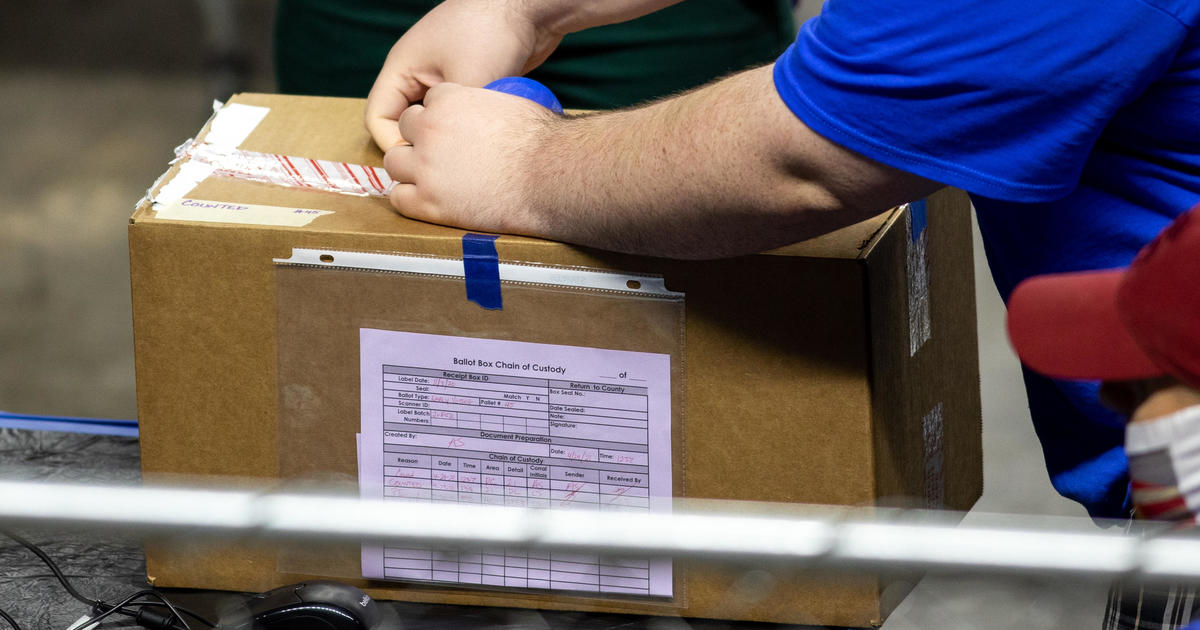 Thursday, an Arizona woman accused of unlawfully collecting early ballots for the 2020 primary election pleaded guilty in a deal with state prosecutors that resulted in the dismissal of the more serious forgery and conspiracy charges and lowered the potential for a significant prison term.

Guillermina Fuentes, 66, might receive probation for orchestrating a sophisticated operation, according to Arizona attorney general’s office investigators, to persuade voters in the border city of San Luis to allow her to collect and in some cases fill out their ballots.

Three felony accusations alleging that Fuentes filled out one voter’s ballot and faked signatures on some of the four ballots she improperly returned for non-family members were dropped because prosecutors were apparently unable to establish them.

The charges against Fuentes are part of a larger pattern in battleground states, according to Republicans who have rallied around the likelihood of rampant voter fraud in the 2020 election in which former President Trump will be ousted. But there is little evidence that her unlawful ballot gathering extended beyond the local politics in which Fuentes was involved.

In December 2020, Fuentes and another lady were indicted on one count of ballot misuse, a practice known as “ballot harvesting” that was declared illegal by a 2016 state statute. The conspiracy, forgery, and extra ballot-tampering charges against Fuentes were added in October of last year.

Thursday, during a hearing for a change of plea in Yuma County in southwestern Arizona, Fuentes spoke nothing, simply responding “yes” to the judge’s queries about whether she had read and understood the plea bargain.

Fuentes, the former mayor of San Luis and an elected board member of the Gadsden Elementary School District in San Luis, could face up to two years in prison, but only if the judge finds aggravating circumstances. The actual sentence is left to the discretion of the judge, who could sentence her to probation, home detention, and a large fine for illegally collecting and returning four ballots.

The sentencing date is June 30. She will lose her right to vote and must resign from her elected position.

Thursday through email, attorney Anne Chapman stated that she had no comment on the charges against her client.

She criticized Arizona’s ballot collection law, stating that it hinders minority voters who have historically relied on others to assist them in voting. She stated that “this prosecution demonstrates that the statute is part of continuous anti-democratic, state-wide and nationwide voter suppression attempts.”

The inquiry documents of the attorney general’s office obtained by The Associated Press through a public records request indicate that fewer than a dozen ballots could be tied to Fuentes, which is insufficient to affect any but the closest local races.

After more than 15 months of delays, the office of Attorney General Mark Brnovich, a Republican seeking his party’s nominee for the U.S. Senate, delivered the requested documents.

It is the only prosecution the attorney general has ever brought under the 2016 “ballot harvesting” legislation, which was affirmed by the U.S. Supreme Court last year.

Investigators said that it appeared Fuentes exploited her influence in the predominantly Mexican-American neighborhood to convince voters to return their ballots to her or others. Fuentes and her co-defendant were observed with multiple mail-in ballot envelopes outside a San Luis cultural center on the day of the 2020 primary election, according to the reports. Inside, the ballots were deposited in a ballot box.

A write-in candidate who called the Yuma County sheriff filmed her. The video allegedly showed her marking at least one ballot, but this charge was withdrawn along with others.

That day, an investigation was initiated, and approximately 50 votes were examined for fingerprints, which were inconclusive. Within days, the attorney general’s office assumed control of the probe, with detectives partnering with sheriff’s officers to interview voters, Fuentes, and others.

Despite the fact that Fuentes was only charged with conduct depicted on the videotape and involving a handful of ballots, investigators suspect the scheme extended considerably further.

William Kluth, an investigator with the attorney general’s office, stated in a report that there was some evidence that Fuentes actively canvassed San Luis communities and collected ballots, in some cases paid for them.

Before Arizona’s 2016 law, collecting votes in this manner was a frequent strategy employed by both political parties to increase voter turnout. Paying for votes has never been permitted.

There is no evidence that she or anyone else in Yuma County collected ballots for the general election, but the attorney general’s office is still conducting investigations in the area.

The Arizona Republic reported on Tuesday that a nonprofit in San Luis was served with a search warrant last month. The executive director of the organization, who is also the chair of the Yuma County board of supervisors, stated that the warrant sought the cell phone of a San Luis councilwoman suspected of improper ballot gathering.

And on Tuesday, at a legislative session when election conspiracy theorists testified, the Yuma primary election case was once again the focal point.

Tim Dunn, a Republican representative from Yuma, stated, “It’s all about corruption in San Luis and rigging the city council election.” “Decades have passed since free and fair elections have not been possible in south county. And it is spreading throughout the nation.”