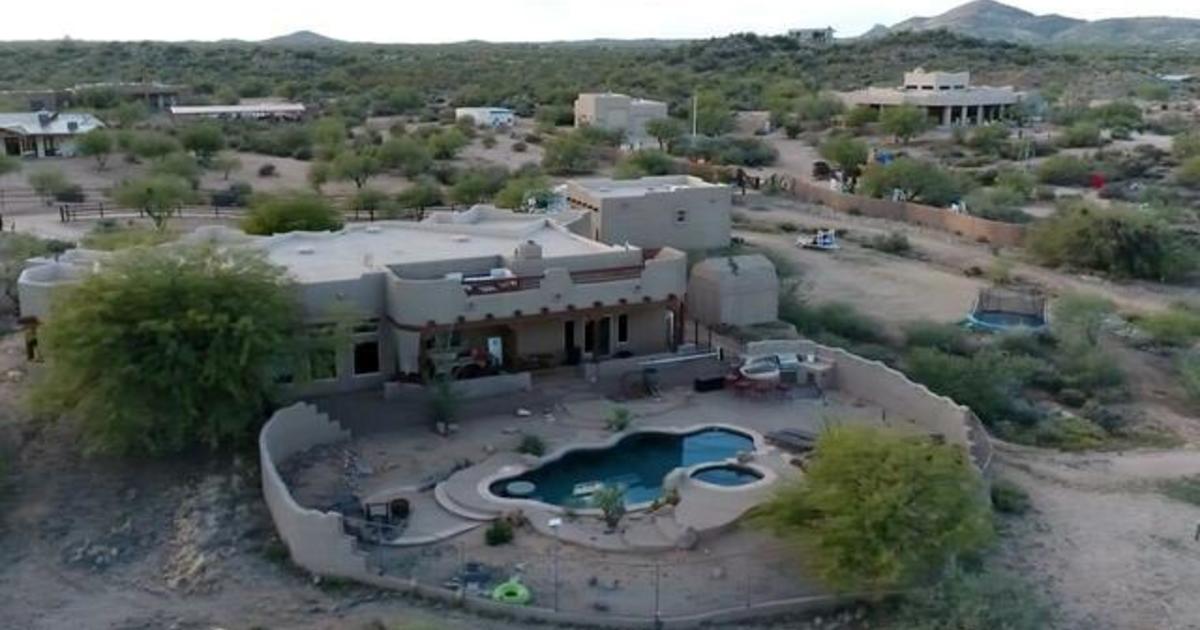 Just north of Scottsdale, Arizona, you will find the Rio Verde Foothills, a loose network of dirt roads. It is home to approximately 2,000 families attracted to the natural beauty of the desert and the independence of living beyond the municipal limits, but the town will soon become a symbol of the West’s growing water dilemma.

John Hornewer has lived in the region for 23 years. When he learned that his new neighborhood lacked water supply, he and some of his neighbors began transporting their own water.

“When my neighbor noticed me driving up the road with the trailer, they asked if I might drop off a cargo for them.” Hornewer stated.

More than one-fourth of Rio Verde is dependent on transported water.

Karen Nabity, a local resident since 2014, says she fills her gas tank every four to six weeks.

She stated, “We had spoken with many of the neighbors, and they had been doing it for fifty years.” “It was not a major issue. We did not worry about it at the moment.”

However, circumstances have changed as the Colorado River system has diminished. The pipe from which Hornewer obtains his water is owned by the city of Scottsdale, and after years of telling Rio Verde to find an alternative source, the city will cut off the town’s water supply on January 1.

Even if he could undertake a two-hour round-trip journey to another water source, it is so far away that state legislation may prohibit him from doing so.

According to Maricopa County supervisor Thomas Galvin, a temporary solution has been found for the city: EPCOR could deliver water to Rio Verde via Scottsdale’s infrastructure. The problem is that Scottsdale must first agree.

“We simply hope that Mayor Ortega can help these people in the spirit of cooperation, now that a solution has been identified to make that possible,” Galvin said, adding that he does not see any other solutions that do not need Scottsdale’s assistance at this time.

The mayor of Scottsdale, David Ortega, argues that the little community “should control its own future with its own water” and that “they will have to find their own answer.”

“Currently, they are transporting water by truck and burning diesel to supply themselves, which we do not support,” added Ortega. And despite the fact that Rio Verde people may have to burn more fuel to obtain water from a greater distance, Ortega believes “that’s their problem.”

Scottsdale has its own unique issue. 90% of the water for the northern portion of the city comes from the dwindling Colorado River.

Each year, seven states and Mexico are granted a total of 16.5 million acre-feet of Colorado River water. Currently, however, just approximately 11 million acre-feet are flowing. Lake Mead and Lake Powell, the river’s largest gathering spots, are effectively draining like bathtubs.

Tom Buschatzke, the director of Arizona’s water department, stated, “If you look ahead two years, Lake Powell might be so low that it’s practically dry.” If that occurs, there will be no water in the river that flows through the Grand Canyon.

First, he argues, temporary, significant cuts are required to stabilize the system, but even then, it is “very doubtful” that the river’s reduced flow can be reversed.

The politics behind cross-state concerns like as water price, development, lawn watering, and farming “complicate” the ability to collaborate, according to Buschatzke. The federal government requested that the states reduce their water consumption by 20 percent this summer, but they were unable to reach an agreement.

Farmer Nancy Caywood remarked, “Farmers want to be here, and they’ll do whatever they can to hold on and stay.”

In a number of instances, farmers have the oldest water rights in the region and have already taken reductions.

“We do not want to begin relying on other nations for our food and fiber,” Caywood stated.