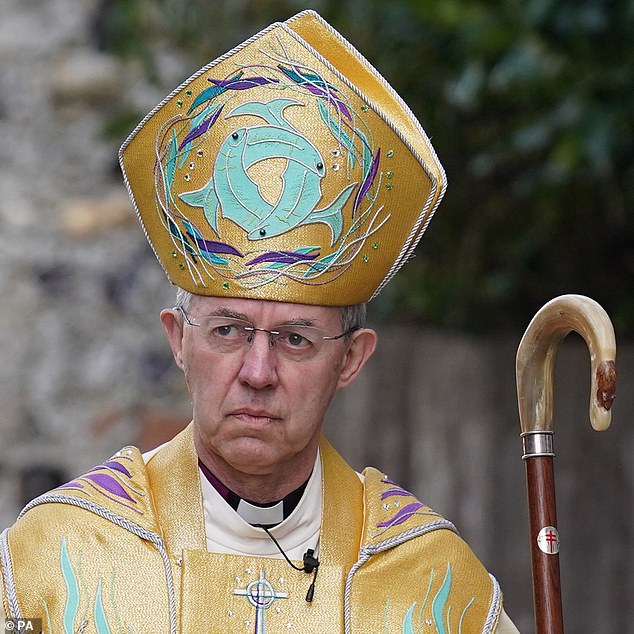 The Archbishop of Canterbury cautioned Tuesday that social media is polarizing society and eroding the ‘common narrative’ of the Christian tale that unites Britain.

The Archbishop of Canterbury, who has 173,000 Twitter followers, claims that social media has eroded shared experiences.

‘People don’t know the Christian faith’s narratives and stories — the Good Samaritan, the Prodigal Son, the Lost Sheep,’ he continued.

When you lose those cultural signposts, people rely on gut feeling and it doesn’t really work. There isn’t a common narrative – what are we as a country?

‘What social media does is it gives a very loud voice to people who previously couldn’t make their voice heard so it becomes much more evident. You get these waves going one way or another. But I think that’s a symptom. I don’t think it’s the disease.’

Dr Welby said he still believed there was a Christian narrative in Britain but lamented the rise of ‘radical autonomy’ – a societal trend of holding the self in the highest level of reverence.

‘If you’re in a society that is internally riven, you will behave less well to outsiders,’ he said in an interview with The Times. ‘We’re much more vulnerable. I think this is an incredibly fragile time, but also an incredibly hopeful time.’

The Archbishop extended his criticism to Twitter storms that have engulfed figures such as JK Rowling, who has been hounded for her views on gender identity. ‘It’s fine to disagree vehemently but not abusively… The culture wars approach is where we end up in the greatest trouble,’ he said.

Dr Welby entered the transgender debate himself, defining a woman as ‘someone who is sexually a woman, who is born and identifies as a woman or who has transitioned’.

He said there was ‘a difference between how you identify a woman and how you ensure that trans people are valued and cared for in exactly the same way as every other human being’.

Dr Welby also defended his recent controversial comments on Partygate, when he said ‘we need to rediscover’ good standards in public life, and the Government’s plan to send asylum seekers to Rwanda, saying the policy raised ‘serious ethical questions’ and ‘cannot stand the judgment of God’.

He said: ‘The idea that I shouldn’t be political… is a nonsense. Everyone is political… You have to [stand up and be counted] – everyone does.’