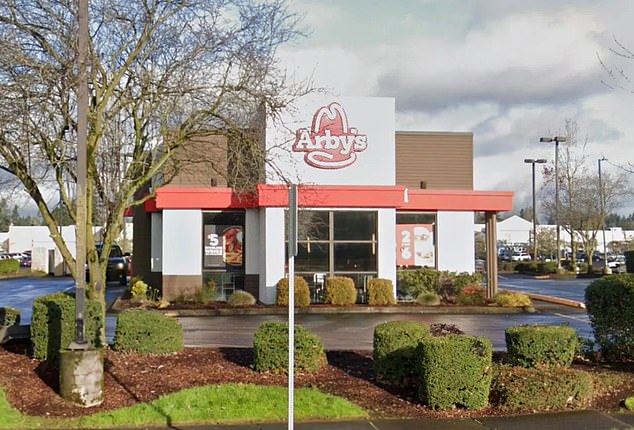 The fast food manager at a Vancouver Arby’s who was being investigated for child pornography told cops he’d urinated into the restaurant’s milkshake mix twice after they found a selfie he’d taken during one of the incidents.

Vancouver Police arrested Stephen S. Sharp, 29, on May 10 as part of their Cybercrime Unit investigation into child pornography after detectives learned that on explicit image was downloaded near the eatery where he worked.

Sharp was working as the night manager at the restaurant when he was confronted by police and confessed to downloading and distributing dozens of child pornography images and being sexually attracted to children.

He was arrested on May 11 on eight counts of possessing and dealing in exploitative pictures of minors.

After getting a search warrant for Sharp’s computer and other digital devices, police found a 16-second video selfie of Sharp peeing in the milkshake mix at the restaurant, according to a probable cause affidavit.

He admitted that while he was working alone in the evening he had done twice before for sexual gratification, police said.

Sharp told detectives that he was ‘almost sure’ that he threw the mixture away after contaminated it, but if he didn’t it would be added to the next day’s milkshake mix.

Arby’s sold one ice cream float and about 30 to 40 milkshakes on the day the video was taken, a different manager told detectives.

After his admission, police tacked on an additional charge of assault with sexual motivation.

Investigators are asking anyone who purchased a milkshake at the Arby’s between October 30 and 31, 2021 and still has the receipt to contact Detective Robert Givens.

‘The Digital Evidence Cybercrime Unit has not located evidence that Arby’s or its franchisee was aware of the abhorrent actions of Stephen Sharp,’ according to a Vancouver police statement.