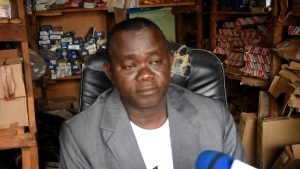 Traders at Apo Mechanic Village in Abuja have called on Federal government to find ways of reducing the exchange rates to ease the sufferings of the masses.

In an interview with the ABS in Abuja, different managers in the area said that the increase in exchange rates has affected their businesses negatively.

An Abuja Motor Spare parts Dealer, Chief Kenneth Ezenwa, explained that the increase in exchange rates, import duties and bad road networks, are some of the reasons for the high cost of spare parts in Nigeria.

Chief Ezenwa noted that the high cost of spare parts has given room for sharp practices, such as redesigning and selling of substandard pro ducts in place of original.

According to Chief Amaechi Anizoba, of Apo Mechanic and Auto Spare parts Dealers Association, the increase in the cost of auto spare parts has made people to manage their vehicles instead of putting them in order and this has led to unavoidable accidents that have claimed many lives.

Chief Anizoba said many car dealers in the area and those whose shops were either burnt or destroyed during the Endsars protest are still counting their losses, as there has not been any intervention from the government, despite the promises made to ameliorate their sufferings, even as Chief Chimezie Ifeh, of Apo Trades Association, called for dialogue between government and the citizens to eliminate all forms of agitations from various groups and regions.