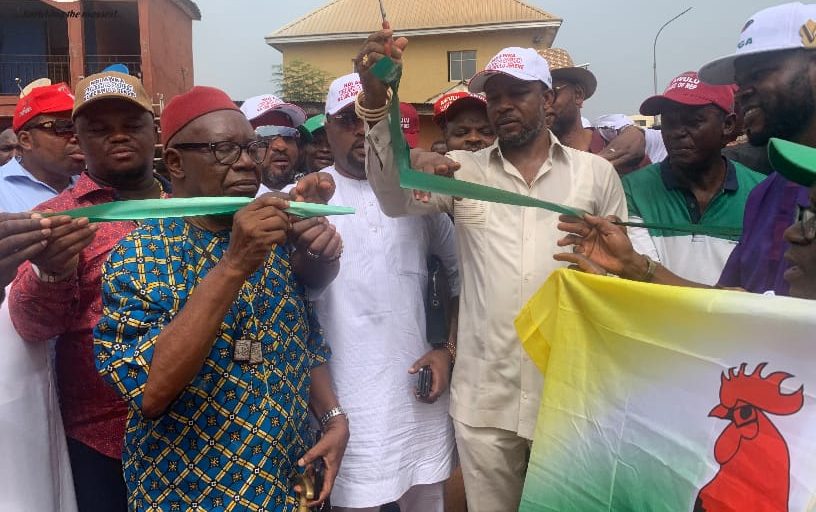 A Federal House of Representatives Aspirant under the platform of All Progressives Grand Alliance (APGA), Chief Azubuike Ekweozor, has mobilised an indigenous firm to construct an 8km road project linking Amawbia to Awka, Anambra State.

The aspirant vying to represent Awka North and South federal constituency in the Lower Legislative Chamber said the move was in fulfilment of his pledge to the constituents to fix the deplorable road.

Chief Ekweozor told the constituents who attended the Flag-off Ceremony at Amawbia that he had a passion for touching lives and uplifting living standards even before venturing into politics.

He said that the road project on completion in no distant time would ease the suffering of motorists and other road users as part of his contribution to the development of the state.

While commending the party’s National Chairman, Chief Victor Oye, for his leadership qualities, he assured of effective representation and to do more if voted into office.

The Chief Executive Officer of the Construction Firm, Engr Chris Ndubuisi, pledged to deliver quality work that would stand the test of time within a record period.

He added that he had sponsored road projects in his community, Uwuawulu, near Awka, and the project was dear to him to deliver speedily.

The Transition Committee Chairman, Awka South Local Government Area, Chief Leo Nwuba, lauded the developmental initiative of the aspirants even before the party’s primary election and urged him not to relent.