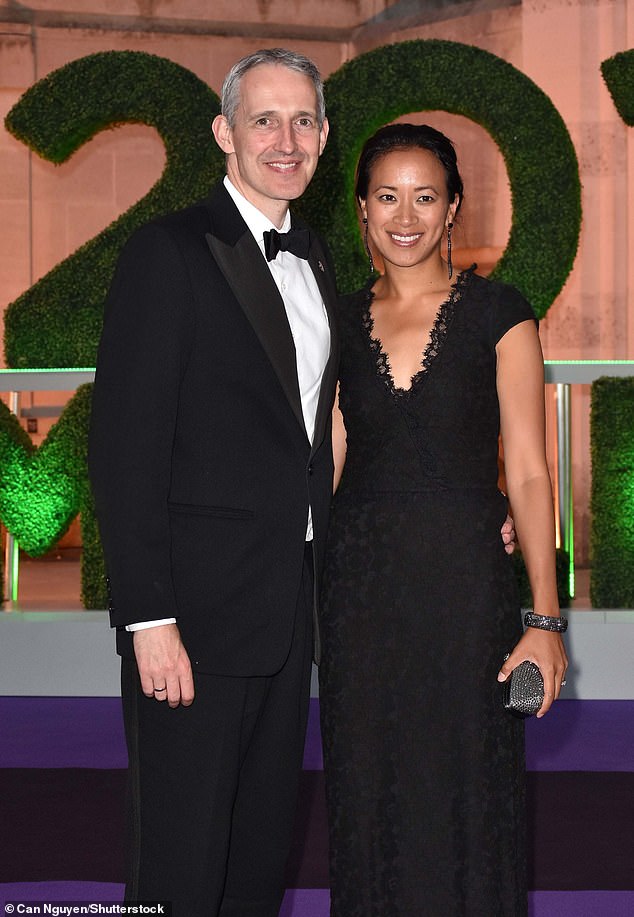 In court yesterday, former British No. 1 tennis player Anne Keothavong cried as she called the rape accusations brought against her husband a “sick joke.”

After the two went on a date in May 2008, corporate lawyer Andrew Bretherton, 49, is accused of raping the American lady at his west London apartment.

Jurors were previously informed that he pinned the lady face down onto his bed while playing the Guns ‘N Roses song “Welcome to the Jungle” on his radio.

Bretherton, according to Mrs. Keothavong MBE, has “never been remotely hostile” and she was “disbelieving” over the charges. She met her husband in 2011 and they were married four years later.

She testified before Inner London Crown Court that the Andrew she knows is a wonderful guy who is actually a lovely, decent man who makes her laugh every day, who makes her feel good about herself, and who is a fabulous, amazing parent and excellent spouse – he is extremely kind.

He isn’t an aggressive guy, she said, adding that this had been so absurd.

Anyone who knows Andrew understands what a fine guy he is; he quietly handles things and is a respectable man. With Andrew, what you see is what you get.

He would never commit rape, and he has never shown the slightest sign of aggression, therefore the whole situation is absurd.

According to the court record, the parents had to talk to their children’s school about protecting their five and seven-year-olds from the horrifying consequences of the public trial.

“I am still in complete shock that I have to stand here and have to defend anything about my spouse,” Mrs. Keothavong concluded.

To be quite honest, I really started laughing when he initially told me about it because I thought it was some kind of twisted joke.

Nothing in the charges is consistent with this guy and his character, it may be said.

Bretherton’s ex-girlfriend referred to him as a “respectful gentleman” and a “boring lover” who wasn’t especially interested in sex.

The lady, who dated the corporate finance attorney with an Oxford education for 2.5 years, said: “While we were going out, he was a really good guy to take him to my parents, and they adored him.”

The sex we would have when it was just the two of us was simple and even dull.

Bretherton insists that any sexual contact he had with the claimed victim was consensual. He also denies ever owning the silver boombox she mentioned or having a Welcome to the Jungle CD or tape.

Bretherton barely remembers two of the four dates that the alleged victim said they went on. He said in court that he first disregarded police calls informing him of the claims because he assumed they were a practical joke.

After reading about sexual offenses perpetrated by Hollywood movie mogul Harvey Weinstein ten years after her own claimed rape, the victim originally enquired about a legal claim against Bretherton, according to his lawyer, Sarah Forshaw KC.

He admitted to the police that the encounter would have been consensual and that there was “absolutely no way” that he would have forced her to do anything against her will during the interview on January 15, 2019, which took place 12 days after he learned of the accusation.

Bretherton, who received his legal training at prestigious firm Slaughter and May, denies two accusations of rape.

»Anne Keothavong weeps in court while defending her rapist husband, 49«