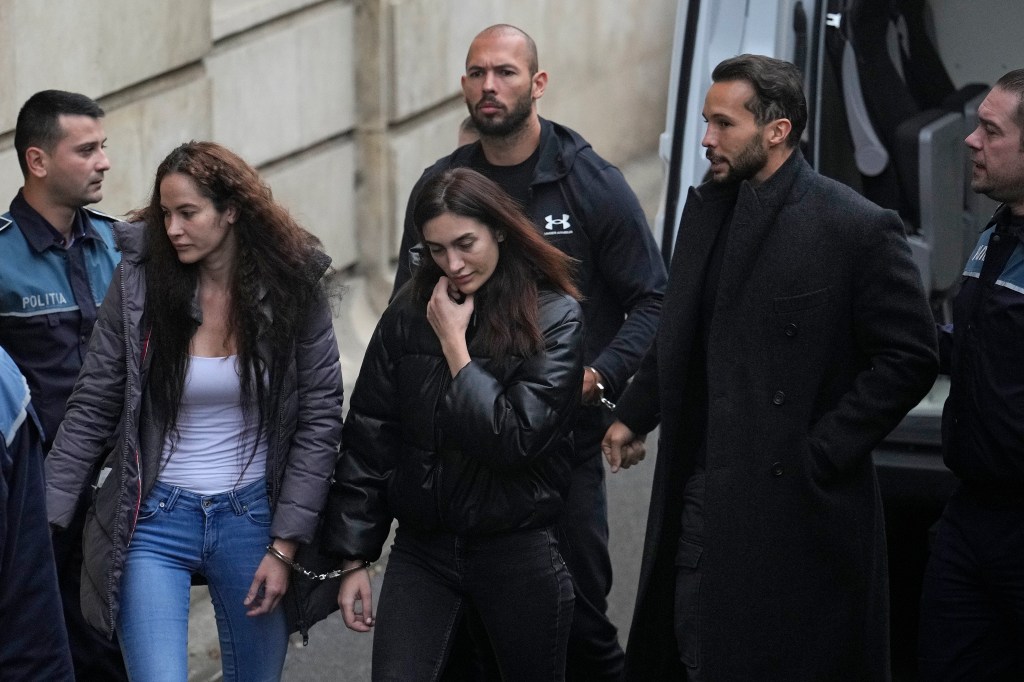 BUCHAREST, Romania — Andrew Tate, a controversial social media celebrity, is due to appear in court in Romania on Tuesday to appeal a judge’s earlier decision to extend his imprisonment from 24 hours to 30 days on charges of belonging to an organized crime group, human trafficking, and rape.

Tate, a 36-year-old British-American citizen with 4.4 million Twitter followers, was initially seized on December 29 in a neighborhood north of the Romanian capital Bucharest alongside his brother Tristan, who is charged in the same case. Two suspects from Romania are also in prison.

They all quickly contested the arrest extension granted to prosecutors on December 30. In a document outlining the judge’s reasoning for the extension, it is said that “the prospect of them dodging investigations cannot be disregarded” and that they could “leave Romania and live in countries that do not permit extradition.”

Tate’s Romanian attorney, Eugen Vidineac, told The Associated Press that a ruling on the appeal is scheduled to be rendered later on Tuesday.

On January 10, 2023, police officials transport Andrew Tate and his brother Tristan to the Court of Appeal in Bucharest, Romania.
AP

After the raids in late December, the Romanian anti-organized crime agency DIICOT stated that it had identified six victims in the case who were subjected to “acts of physical violence and mental coercion” and sexual exploitation by group members.

The organization asserted that victims were enticed by pretensions of love, then coerced, surveilled, and subjected to other forms of control in order to conduct pornographic activities for financial benefit.

Prosecutors investigating the case have seized a total of 15 luxury vehicles, at least seven of which belong to the Tate brothers, and more than ten houses or parcels of land belonging to their firms, according to DIICOT spokesperson Ramona Bolla.

Tristan Tate waves to the media as he and his brother Andrew Tate are carried to the Court of Appeal on January 10, 2023 in Bucharest, Romania by police officials.
AP

Bolla stated that if prosecutors can prove the suspects profited from human trafficking, the state will seize the suspects’ property and use it to pay for the investigation and victims’ losses.

If the court upholds the arrest warrant extension on Tuesday, prosecutors could ask for a maximum of 180 days of custody. If the court reverses the extension, the accused might be placed under home arrest or other comparable restrictions, such as a prohibition on leaving Romania.

Since Tate’s arrest, a series of confusing tweets have appeared on his account, each garnering significant media coverage.

One, uploaded on Sunday and accompanied by a local report indicating that he or his brother have required medical attention since their imprisonment, states, “The Matrix has attacked me. However, they are mistaken; a notion cannot be eliminated. “Tough to Kill”

Another message that posted on Saturday reads, “Going to jail when convicted of a crime is the criminal’s life tale… Going to prison when fully innocent is a heroic act.”

Tate, who has reportedly been in Romania since 2017, was previously banned from several big social media networks for espousing misogynistic viewpoints and hate speech.