Skip to content
Home » News » Breaking News » Anderson Lee Aldrich reportedly told his family that he wanted to be the “next mass killer.” 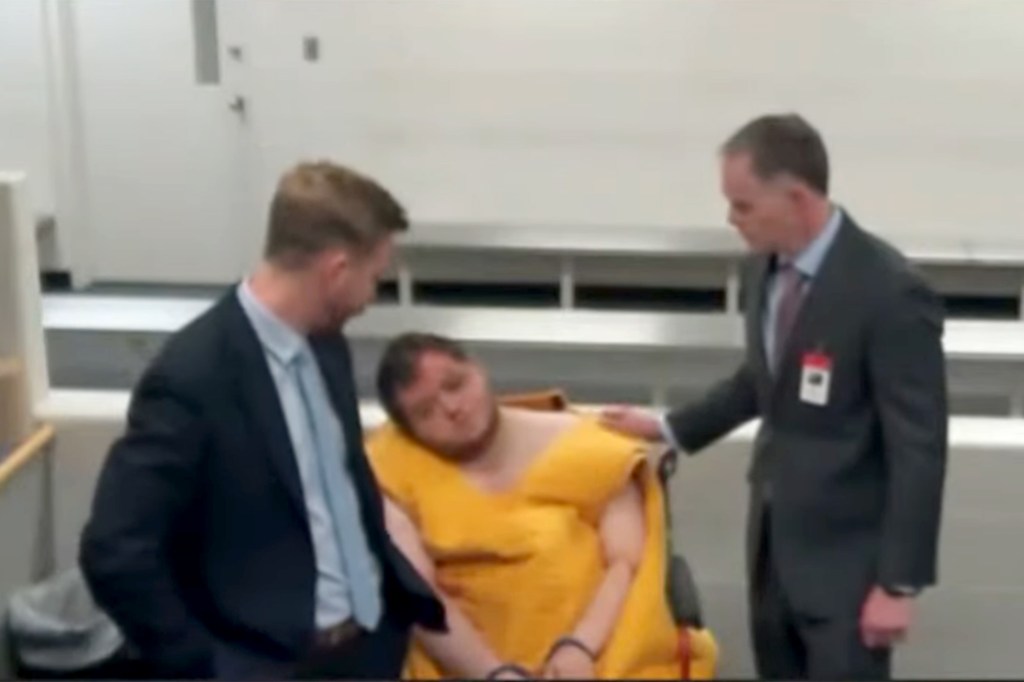 According to papers from a prior arrest, the suspected Colorado nightclub shooter aspired to be “the next mass killer” and complained that their grandparents’ intentions to move to the south would thwart a bomb scheme.

According to papers acquired by KKTV 11 News, 22-year-old Anderson Lee Aldrich threatened to kill his grandparents after learning that they had sold their home and intended to relocate to Florida in June 2021.

The incident concluded with the SWAT squad storming Aldrich’s mother’s home, more than a year before Aldrich allegedly attacked and killed five people in an LGBTQ bar in Colorado Springs.

The results of the 2021 bomb threat investigation are sealed, and it is unclear whether the charges were dropped.

However, advocates ask why Aldrich retained access to lethal weapons following his incarceration. Advocates assert that Colorado’s “red flag” regulations may have taken firearms from their possession.

Aldrich, who, according to their attorneys, identifies as nonbinary, was living with their grandparents on June 18, 2021 when they informed them of their impending transfer.

The suspected Colorado nightclub shooter aspired to become “the next mass murderer,” according to arrest documents from a prior incident.
EL PASO COUNTY DISTRICT COURT

Later, the grandma informed police Aldrich stated, “I am going to be the next mass murderer, and I have been stockpiling ammo, rifles, and bulletproof body armor in my basement.”

According to papers acquired by KKTV, the grandson had boasted about wanting to “go out in a blaze” and had begun constructing what the grandmother assumed to be a bomb. According to the documents, Aldrich worried the change would interfere with their “bomb manufacturing” and “plans to perform mass shootings and bombings.”

Aldrich said that the device was powerful enough to destroy a police station or federal facility.

It was not the first time that Aldrich’s grandparents said he had made “homicidal threats” against them and others. During a family meeting over the impending relocation, Aldrich loaded a revolver in their presence and informed them, “You people die today.

Anderson Lee Aldrich, according to their attorneys, identifies as nonbinary.
Facebook/Laura Voepel

“I’m prepared and armed. Aldrich stated in the arrest report, “You are not phoning anyone.”

Adrich drank vodka and stated that they required it for “what he’s about to do” before to going to their mother’s house nearby. The police were informed by a 911 call and reached Aldrich’s mother, who was uncooperative and subsequently texted her landlord to indicate that Aldrich was inside.

When a SWAT squad arrived at the property, Aldrich’s mother exited the home and stated, “He let me go.”

The El Paso County Sheriff’s Office issued a press statement about the arrest, but the outcome of the case is still unknown. In August, Aldrich told the Gazette that their article on the arrest was “destructive” to their image.

Aldrich allegedly informed the Gazette that the entire case had been dropped and that they had spent two months in jail following their detention.

Aldrich has not been formally charged, but he might face murder and hate-crime charges for the Saturday mass shooting at Club Q. Tuesday, defense counsel stated in a court document that Aldrich identified as nonbinary and used the pronouns they/them.

Wednesday, the defendant appeared in a video court appearance, looking confused and bruised, with the presiding judge asking “could the defendant just give his name?” After the hearing, the prosecutor again referred to Aldrich as “he” during a news briefing

»Anderson Lee Aldrich reportedly told his family that he wanted to be the “next mass killer.”«