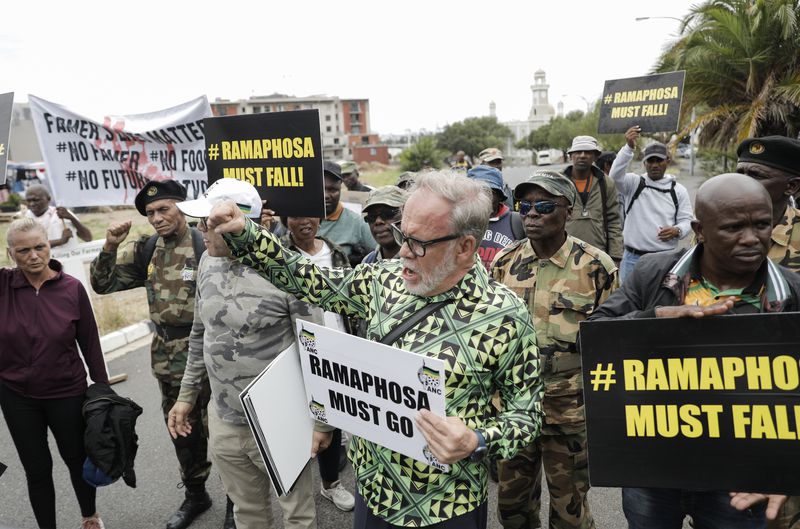 As the time for the Phala Phala discussion in Parliament nears, certain African National Congress (ANC) Members of Parliament (MPs) have indicated their readiness to vote against party lines on Tuesday, December 13.

An independent Section 89 panel issued a report with numerous damning conclusions against the president, including that he breached his oath of office and anti-corruption rules by neglecting to notify the heist at his Phala Phala game farm in 2020.

Tuesday, the National Assembly (NA) will discuss and vote on the adoption of the report. If the paper is accepted, Ramaphosa will be investigated for impeachment.

The ANC’s stated stance is that members of Congress must vote against the report. In spite of this, Ramaphosa’s opponents inside the party have signalled their intention to oppose this directive.

According to News24, 42 ANC members of parliament are supposedly willing to go against party policy. According to a report, if the vote were by secret ballot, there would be 51 dissenting lawmakers.

Supra Mahumapelo, a member of the African National Congress (ANC), said to SowetanLive that he would not adhere to party policy. He said that he was willing to face the repercussions of his conduct, but emphasised that he was not voting with the opposition in order to guarantee that Ramaphosa is held accountable.

“I’m not voting with the opposition I will never do that, but my own view is on this particular matter, we must ensure accountability, irrespective of our position in the organisation and that is how it’s going to be.

“Any decision you take against the party, like it’s going to happen now, as a cadre of the movement you live with the consequences,” said Mahumapelo.

A simple majority is necessary in order for the motion to pass. If all 400 members of the National Assembly are present on Tuesday, the task may be accomplished with 201 votes. The African National Congress has 230 members of parliament (57.5%).

Ramaphosa petitioned the Constitutional Court to declare the report and any resulting legislative action illegal. However, the application does not impede the continuation of the discussion.