Anambra State Governor, Chief Willie Obiano, has made a case for the education sector to be retooled for greater efficiency.

Governor Obiano, while speaking at ‘A Day With Education Builders’, an event held in Awka, the State capital, as part of the thirtieth anniversary of the creation of Anambra state, re-echoed the sterling performances and milestones recorded in the sector under his administration.

Government House Correspondent, Ejike Abana reports that the event was organised to recognise and celebrate major contributors to the success stories the State has recorded in the education sector over the years.

Governor Obiano, who emphasized that the mission statements have helped education and APGA Government, starting from former Governor Peter Obi, pointed out that in addition to the schools handed back to the missions by the former administration, he returned one hundred and thirty eight schools, and have paid over three billion naira for periodic facelifts.

Earlier in a speech titled, ‘What is leadership if you cannot influence,’ the State Commissioner for Basic Education, Professor Kate Omenugha, recalled that such an event had never been organized in the history of education in the State, maintaining that the present administration sees education as ideology, pursuant to the strategic mandate given by the Governor at inception, which she said is a clear cut consolidation on the gains of previous administrations. 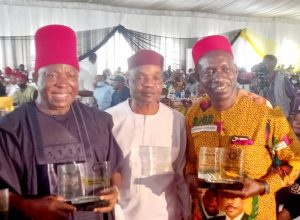 While revealing advancements in the sector, including interventions in teachers’ and students’ welfare, Professor Omenugha pointed out that the Education Ministry has succeeded in handing out credible and quality education to all, stressing that presently, the number of students who can gain entrance into Universities has moved from sixty percent to seventy three percent in Anambra State.

In a presentation, the Managing Director and Chief Executive Officer of Paul B Construction Company, Engineer Paul Enidom, canvassed a collaboration between the private sector and Government, which he said has potential to produce critical thinkers, if total mobilization of Ndi-Anambra is done.

While pointing out that Governor Obiano has kept fate with Ndi-Anambra, Engineer Enidom noted that such an event is oxygen to the souls of the builders of education in the State, and made a case for the establishment of an agency that will reach out to active players in the private sector, to establish Education Trust Fund, adopt schools, among others, backed by law, all geared towards sustainable growth in quality education. 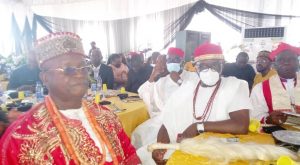 Speaking to ABS, some of the awardees including the member representing Anaocha Constituency Two at the State House of Assembly, Chief Ejike Okechukwu, his Orumba South counterpart, Chief Emma Nwafor and the State Secretary of APGA, Barrister Tony Ifeanya, appreciated the State Education Ministry for the recognition, just as the National President of Anambra State Association of Town Unions, Barrister Titus Akpudo, called on more Ndi-Anambra to borrow a leaf from what the contributors did. 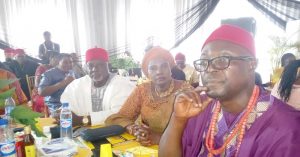 Presentations by Students Parliament, award presentations to many education  contributors, including Professor Soludo, featured at the event.