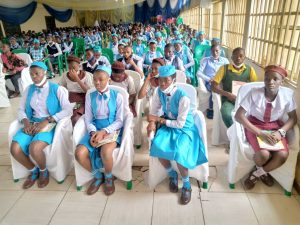 Anambra State Commissioner for Basic Education, Professor Kate Omenugha, said the State Government will, during the 30th anniversary of the State’s creation, honor various individuals and organisations that have remained supportive of programmes in education sector.

Professor Omenugha, who disclosed this at an award ceremony in Awka, said students whose academic performances have brought the State to limelight will also be celebrated on a later date.

She called on other privileged individuals to key into the vision and reminded students that with the fear of God, discipline and hardwork they can achieve much.

Stakeholders in education sector, including Igwe Patrick Okeke of Abagana, Emeritus Professor Frank Akpuaka, and Chief Chukwudi Nzeribe, in their remarks, appreciated State Government, various supporters and teachers for all efforts at recreating the standard of education Southeast was known for, calling for more support to enable Government realize the objective of bequeathing globally-competitive education to Ndi-Anambra.