Skip to content
Home » News » Breaking News » Anambra  Governorship Election: APGA Members In Dunukofia Council Area Intensify Mobilization Of Electorate
The Chairman of All Progressives Grand Alliance, APGA, Campaign Council in Dunukofia Local Government Area, Engineer  Emeka Okonkwo has met with APGA ward chairmen, women leaders and notable stakeholders in the council as they begin to galvanize grassroots support for APGA standard bearer in the November six governorship election in Anambra State, Professor Chukwuma Soludo.
At the meeting   held at Ifitedunu, Dunukofia Local Government Area, a committee was also also set up to reach out to aggrieved party members in the council and harmonize other basic plans to ensure that APGA dominates the area at the poll. 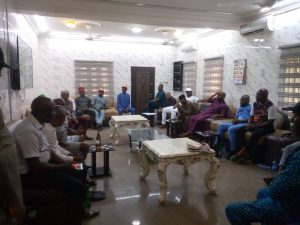 Addressing the party members, the Anambra State Commissioner for Social Welfare, Children and Women Affairs, Lady Ndidi Mezue, who is also the Director, Women Affairs of APGA Campaign Council, said that she expected actions from the local party leaders immediately after the meeting, with everyone of them rallying up together to ensure that the local government sets a standard with results at the election.
Lady Ndidi  who disclosed plans for ward tour in the fourteen wards under the six towns in Dunukofia Local Government Area, reminded them that the November six governorship election is  critical to the political competitiveness of the area. 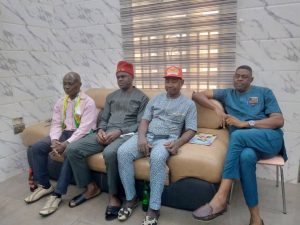 On his part, the Chairman of APGA Campaign Council in Dunukofia and Director General of Youth Mobilization, Technology and Innovation, Anambra State, Engineer Okonkwo, said that mobilizing the electorate for Professor Soludo for l the election comes first before any other political objective in the council, stating that it was the duty of every member of the party in the local government to ensure that the aim is achieved.
Engineer Okonkwo  said that Dunukofia Local Government Area has strong APGA  dominance, and revealed that strategic plans have been made to ensure that Dunukofia people participate fully in the continuous voter registration exercise. 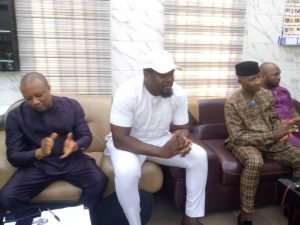 An APGA stakeholder in Dunukofia Local Government Area, Chief Vincent Udobi in his remarks, said that APGA remains the sole bargaining identity of Ndịgbo and must be supported by all, calling on aggrieved members of the party to expunge their differences and work for the collective good of the party and Anambra State.
Chief Udobi who described Professor Soludo as the perfect hand for the job, judging by his antecedents and credentials..
The meeting was also attended by the Chief of Protocol and Deputy Chief of Staff to Governor Willie Obiano, Mr Uzuegbunam Okagbue, among others.