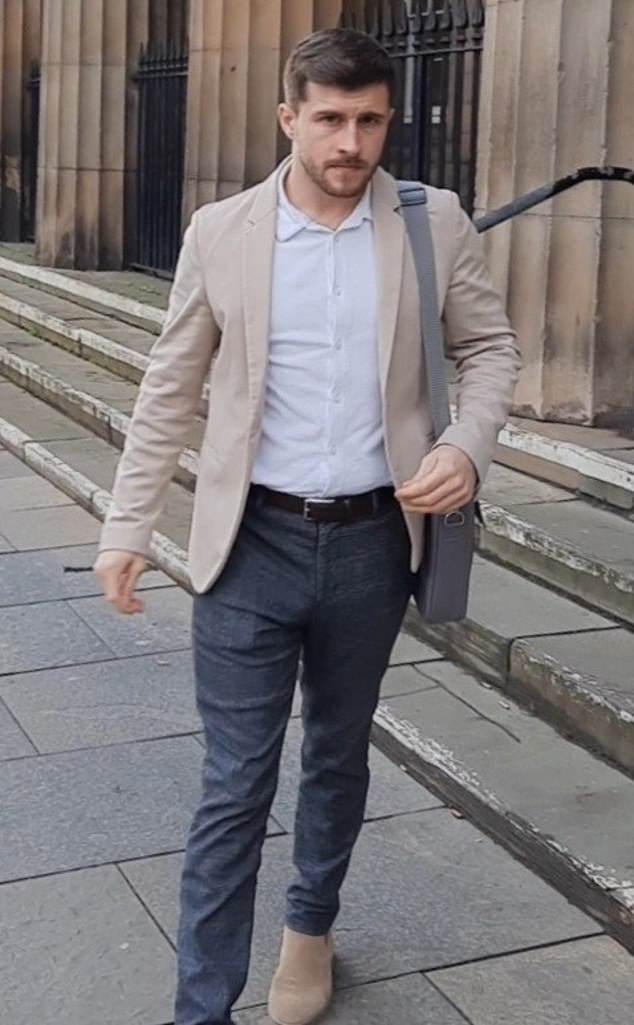 A finance analyst who brutally attacked two Crown Office attorneys because they entered his pre-booked taxi has been sentenced to six months in prison.

On June 2, Connor Rogers, 26, knocked one of the prosecutors unconscious after they unintentionally entered the taxi he had called from a club in Perth, Scotland.

During the persistent assault, the Operations Analyst allegedly delivered more than a dozen blows to the second attorney, as reported to the Perth Sheriff Court.

Rogers fled the scene twice, but returned to continue beating the victims in the head outside a club in Perth where they were spending the evening.

Rogers was sentenced to six months in prison by Sheriff Rory Bannerman, who stated, “This was a vicious, protracted, and repetitive assault on two completely blameless and innocent members of the public.”

It occurred in a public place when innocent onlookers were present. You pounded the first victim with five or six punches. One was on the ground, wounded and completely defenseless. You lacked care for the repercussions.

On June 2, Connor Rogers, 26, knocked one of the prosecutors unconscious after they unintentionally entered the taxi he had called from a club in Perth, Scotland.

“The second victim was assaulted three times on separate occasions. A minute of you intentionally returning to the scene of the assault twice, despite twice walking away.’

People tried to stop Rogers and keep him away from the victims, but Sheriff Bannerman stated, “You targeted that man with 13 to 14 punches, one knee to the face, and one kick to the face.”

‘Nearly all of his hits were to the head, and you seemed indifferent about the repercussions. You are really fortunate to not be in a higher court.

Rogers was convicted of assault in 2020 and did not “heed the warning” after receiving a community service order.

Rogers, of Primrose Crescent, Perth, acknowledged attacking the victim by striking and knocking him to the ground before repeatedly punching him in the head.

He also confessed striking and kicking the second victim repeatedly in the head on Glasgow Road in Perth on June 2 of this year.

Sarah High, deputy prosecutor, stated in court, “A taxi drew up, and the two complainants entered the vehicle.” It became evident that the vehicle had been reserved for the accused and his companions. Immediately upon realizing this, the two men exited the taxi.

“The first complainant has little memories, but remembers tumbling to the floor. He believes he was knocked unconscious, but when he regained consciousness, he saw his friend’s face bleeding.

“The second victim recalled going to assist and receiving a blow to the face that caused his nose to bleed.” There was an altercation with the defendant.’

During the sustained assault, the Operations Analyst allegedly struck the second attorney with more than a dozen blows, as reported to the Perth Sheriff Court.

As Rogers moved away, a motorist who witnessed the initial incident exited her vehicle to render assistance. She observed him return to strike the man again as he was kneeling on the road.

Both victims were transported to Ninewells Hospital in Dundee for treatment of concussion, cuts, and bruises before being released.

Rogers, while defending himself in court, first denied returning to the scene twice to continue the attacks, but after viewing CCTV footage, he changed his mind.

He stated, “When he was on the ground, I attacked him.” Multiple punches were thrown, but only one kick. It constituted a knee to the skull.

“After reviewing the footage, I realized there was an instance in which I left and then returned. I returned to engage again, which is not my typical behavior.

The reason for the erratic behavior that night was a culmination of events at home. It was caused by a great deal of stress, and the alcohol made it much worse.