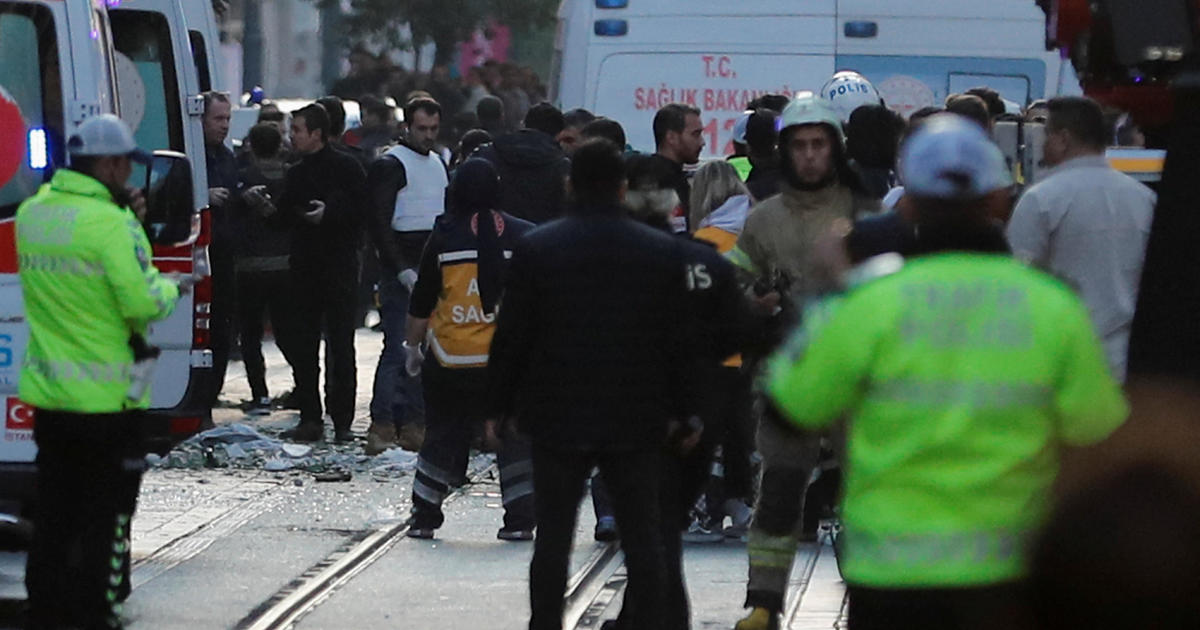 Istanbul — On Sunday, a bomb exploded on a major pedestrian thoroughfare in the heart of Istanbul, killing six people, injuring others, and causing people to run as flames rose.

The explosion has reportedly resulted in at least 81 injuries, according to police. Visiting the site of the explosion, Turkish Vice President Fuat Oktay informed reporters that the explosion was a terrorist act and that a woman was responsible for the attack, according to the state-run news agency Anadolu.

Online footage depicted ambulances, fire trucks, and police at the scene on Istiklal Avenue, a busy shopping and dining avenue that leads to Taksim Square. In one video, a huge explosion could be heard and passersby could be seen fleeing after seeing flames.

President of Turkey Recep Tayyip Erdogan referred to the explosion as a “treasonous attack” and stated that its perpetrators would be punished.

“Our sincere condolences go out to those who lost loved ones and our prayers are with those who were hurt. To combat terrorism, we stand shoulder-to-shoulder with our NATO ally Turkey “Jean-Pierre said in a statement.

In addition to the six fatalities, Istanbul Governor Ali Yerlikaya first tweeted that 53 people were injured, figures that Erdogan also provided. Anadolu News Agency claimed that Yerlikaya, Erdogan, and Oktay later reported that the number had risen to 81.

Erdogan did not specify who was responsible for the incident, but he stated that it had “the stench of terrorism” without providing details and emphasizing that this is not yet proven. He stated that police and the governor’s office were conducting investigations, which included checking surveillance footage from the area. Erdogan told reporters at a news conference held prior to his departure to Indonesia for the G20 summit that first findings indicate a woman was involved in the incident and that the perpetrator will be found, according to Anadolu.

Between 2015 and 2017, the Islamic State and illegal Kurdish factions carried out a series of deadly bombs against Turkey. In the attacks, almost 500 civilians and security personnel were slain.

Turkey’s media watchdog imposed temporary limits on coverage of the explosion, prohibiting the use of close-up images and films of the explosion and its aftermath. Following attacks and accidents, the Supreme Council of Radio and Television has imposed similar restrictions in the past.