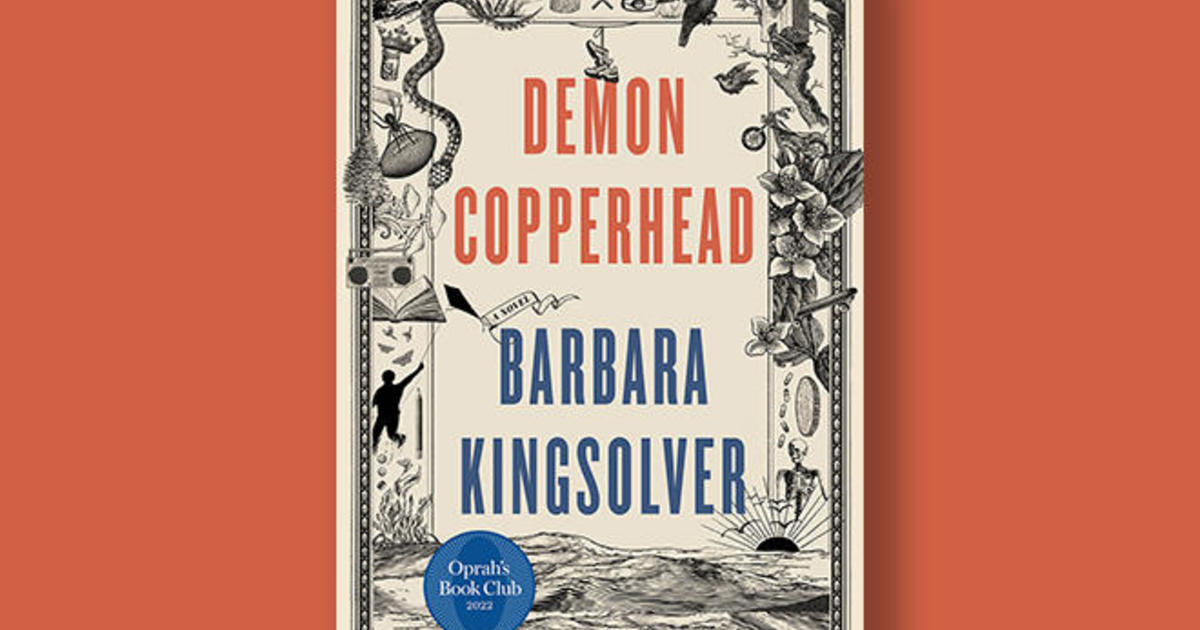 “Demon Copperhead” is best-selling author Barbara Kingsolver’s take on Charles Dickens’ “David Copperfield.” Set in the mountains of southern Appalachia, the story is about a boy who can’t be stopped and no one wants him.

Read a part of it below.

First, I gave birth to myself. There was a good crowd there to watch, and they’ve always given me that much. My mother was, let’s just say, out of it, so I had to do most of the work.

On any other day, they would have seen her outside on the deck of her trailer home, teasing the little bit of trouble as they always do. All through the dog-breath air of late summer and fall, if you looked up the mountain, there she would be, a little bleach-blonde smoking her Pall Malls and hanging on that railing like she’s captain of her ship up there, and now might be the hour it’s going down. We’re talking about an 18-year-old girl who is pregnant and living on her own. The day she didn’t show up, it was Nance Peggot’s job to go knock on the door and barge in. She found her passed out on the bathroom floor with her stuff all over the place, and I was already leaving. I’m a fish-colored hostage picking up dirt from the vinyl floor, wriggling and pushing because I’m still in the sack that babies float in before they come into the real world.

Mr. Peggot was outside letting his truck run while he went to evening service. He was probably thinking about how much of his life he had spent serving women. His wife would have told him to hold off on the Jesusing for a minute because she had to go check on the little pregnant girl to see if she had gotten drunk again. Mrs. Peggot is a lady who doesn’t beat around the bush and, if necessary, will tell Christ Jesus to sit tight and keep his pretty hair on. She came back out and yelled at him to call 911 because a poor kid was in the bathroom trying to punch himself out of a bag.

Like a small blue fighter. That’s how she would talk about the worst day of my mom’s life in the future. She wasn’t shy about it at all. And if that’s how the first people who saw me thought of me, that’s fine with me. I think that means I had a chance. I know it’s a long shot, yes. If a mother is lying in her own urine and pill bottles while her child is being hit and told to “look alive,” it’s likely that the scumbag is doomed. A drug addict has a drug addict child. He’ll grow up to be everything you don’t want to know: rotten teeth and dead-zone eyes, the reason you have to lock your tools in the garage so they don’t walk away, and a rent-by-the-week motel set back from the scenic highway. If this kid wanted a chance at the better things in life, he should have been born to a rich, smart, or Christian mother who didn’t use drugs. Everyone will tell you that everyone born into this world is marked from the start, whether they win or lose.

I, on the other hand, have always loved when superheroes save the day. In our world of trailer homes, did that kind of work even exist? Had they all left Smallville for bigger and better things? Save yourself or let yourself be saved? You want to believe that it’s not over until the very end.

»An excerpt from the author Barbara Kingsolver’s book “Demon Copperhead”«