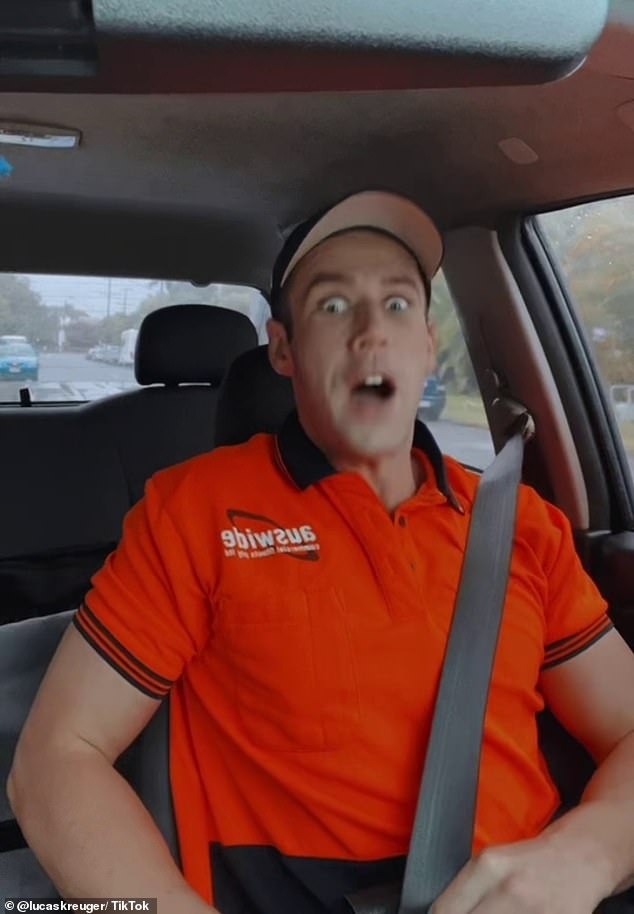 The internet is polarized over an Australian millennial’s complaints about their jobs, with baby boomers encouraging the young person to “suck it up.”

Young employee Lucas posted on social media about his thoughts about the workplace with the message, “Sorry, maybe not the motivation you need for today.”

As he sits in the driver’s seat of his car, Lucas begins the film by fastening his seatbelt.

Lucas questioned, “Does anyone genuinely f***ing enjoy going to work; I wake up every day and say, “F*** this.”

Lucas cynically laments his lack of job happiness as he comes to a close.

I’ve never come home from work saying, “Today was such a nice day,” he said.

The video, which was uploaded to a TikTok account, has more than 106,000 views, and boomers are responding to how the millennial generation views work.

One commenter wrote, “Suck it up princess, you got until you’re 65-70 years old.”

Another user said, “You need to respect what you’ve got buddy, some people don’t get the opportunity to have a work.”

A third person weighed in, saying, “Be grateful that you have a job; I’ve been looking for one for a year, and individuals who are complaining about their job p**s me off no end.”

The majority of users suggested the dissatisfied employee quit his line of work because they liked their jobs.

You’re doing a job you don’t enjoy, so why? Quit and find another one you like, pal,” one user advised.

Another said, “Stop whining and find a new job.”

It is not the first time that a conflict between different worker generations has appeared on social media.

According to corporate coach Kathy McKenzie, who previously spoke with Daily Mail Australia, the most hated thing among young employees is getting directives from their more senior superiors.

She continued by saying that the problem is made worse when Baby Boomers provide very explicit instructions to younger employees, especially women.

Boomers responded to Gen Y and Z’s and Millennials’ complaints about working circumstances by labeling them as “weak babies” who don’t understand how the real world works.

Dianne, 66, made the statement as an intense online debate over the topic erupted. “Youngsters are abandoning the workplace because they’d rather sit home on Centrelink payments than doing an actual job,” she said.

I’ve had the opportunity to work with both young and senior managers. Actually, being a f***wit is a defect that affects people of all ages.

Regardless of their age, if your supervisor lacks this trait, you’ll have a horrible time at work.

It’s simpler to blame an entire generation for your problems than to accept responsibility for bad decisions. Additionally, it lacks substance and has no spine.

So are these weak, whiny babies who quit their jobs moving back in with mom and dad, another person asked? What are their means of support?

One day, this generation will be in power, said a third. All of us are doomed.

Some people said the complaints of the “me, myself, and I” generation are “a bit rich” coming from a set of people who go out of their way to be offended and then broadcast “themselves crying on social media” about it.

In what has been nicknamed the “great resignation,” disgruntled employees are quitting in droves, creating labor shortages in some of Australia’s most important businesses, notably the healthcare industry.

The 50-year low unemployment rate of 3.9% is mostly due to a major flight of people dissatisfied with their chosen professions and a sharp decline in immigration from abroad.

The Australian Bureau of Statistics’ most recent employment report made clear the extent of the problem worrying managers, showing 423,500 open positions.

Healthcare is one of the industries suffering the most from a lack of workers, with 20,000 “burned out” nurses quitting their jobs last year.

Amy Halvorsen, one of those who left, claimed there was a “big distance” between administration and the nurses on the floor.

The 33-year-old began working as a registered nurse in 2017 and was stationed in Sydney’s Westmead Hospital’s neurology and trauma unit during the Covid outbreak.

In 2021, she claimed, “It was so understaffed, and as the new waves of the virus kept coming, there was just no reprieve at all.”

“There was no proactive preparation by the health department or the government to repair it,” said the patient, “and as soon as beds eventually started to empty out, we’d be struck with another wave.”

They don’t see the struggles that the medical personnel face; they only see figures, targets, and percentages, she claimed.

With the ABS reporting that the number of people quitting their employment to pursue a business opportunity or to change jobs is now significantly larger than the number of persons getting fired or laid off, new data clearly shows that the Great Resignation phenomena is taking place in Australia.