Skip to content
Home » News » News » An Atlanta park brawl kills one and injures five, including a 6-year-old 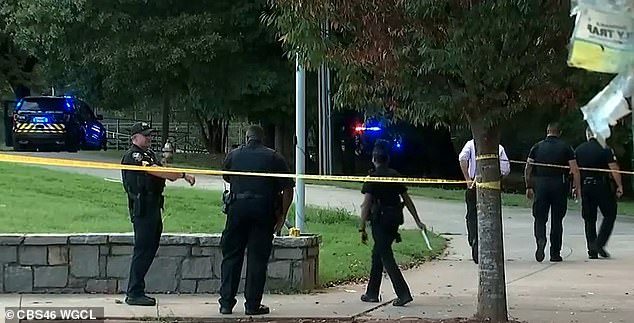 After a fight broke out at a sporting event in an Atlanta park, one person is dead and five others, including a six-year-old, are wounded.

Around 7 o’clock on Sunday night, a shooting took place at the Dunbar Recreation Center in Rosa L. Burney Park.

After a fight erupted during a baseball or softball game, Atlanta police arrived to discover at least six persons had been shot.

A 30-year-old male was brought to Grady Hospital, where doctors declared him dead. According to authorities, a six-year-old is in serious condition at Children’s Healthcare of Atlanta – Egleston Hospital.

According to authorities, no arrests have been made, and the shooter is still at large.

According to APD Deputy Chief Charles Hampton Jr., there was a baseball or softball game going on when an altercation started and resulted in gunfire.

It’s unclear what the disagreement was about or how the shooter and the victims are connected.

The gunshot at the park and the one outside, which occurred earlier on Sunday, were related, according to the police.

The first gunshot took place at Rosa L. Burney Park, while the second one took place in front of Dunbar Elementary School at 500 Whitehall Terrace SW, roughly half a mile distant.

According to Deputy Chief Charles Hampton Jr., “And as we’ve stated numerous times, we’re simply asking the community to find a method to settle disagreement without guns.”

We’re only requesting that folks, you know, move on. People are being urged to “let bygones be bygones.”

According to CBS46, a four-year-old child was shot and murdered in the backseat of a vehicle on I-85 north across the city in DeKalb County.

The girl was discovered dead in the backseat of a vehicle with what appeared to be a gunshot wound around 7:38 p.m., according to a spokeswoman for the DeKalb Police Department.

No other people were hurt. It is unknown what caused the unfortunate situation or whether the child’s death is related to the gunfire in the park.

Police ask that anybody with information regarding the incident at the park phone them at 404-614-6544. Call the Crime Stoppers Atlanta tip line at 404-577-TIPS (8477) or submit information online at www.StopCrimeATL.com to remain anonymous.