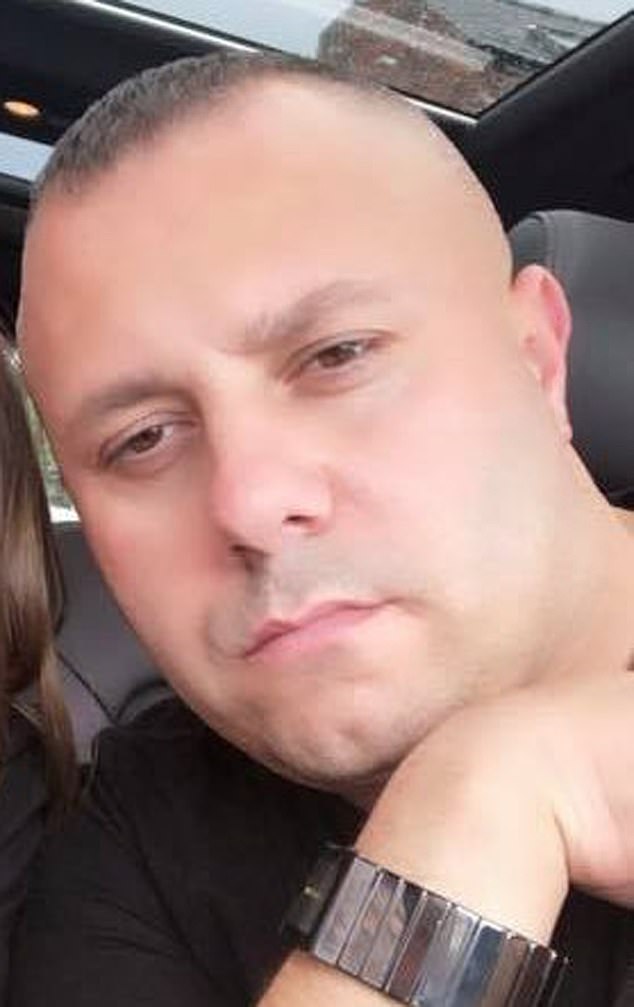 A Mail on Sunday investigation reveals that an adolescent illegal immigrant from Albania who forced his way into a woman’s house used her phone to contact a convicted felon.

The child entered the property shortly after arriving on Dover Beach in a flimsy boat with around 40 other asylum seekers who had crossed the Channel.

In terrible English, he ordered that Sue Doyle, age 59, transport him to London or Manchester and seized her two cell phones.

Now The Mail on Sunday has determined that the kid communicated with Rezart Balesi, 40, an Albanian residing near Bury, Greater Manchester, who has been convicted of serious affray in the United Kingdom and is under investigation in his home country for laundering nearly £50,000 in illicit funds.

A Mail on Sunday investigation revealed that an adolescent Albanian illegal immigrant who forced his way into a Dover woman’s home used her phone to contact convicted criminal Rezart Balesi. The 40-year-old has been convicted of serious affray in the United Kingdom and is under investigation in his home country of Albania for over £50,000 in money laundering.

The boy’s final communication to Balesi, written in Albanian, was: “I believe they have captured me.” Get a solicitor. The police have entered the residence.

The discoveries have sparked anxiety in Dover over the failure of the police to safeguard citizens against illegal immigrants.

On October 23, Ms. Doyle fled her home screaming when a boy broke in.

Her 37-year-old neighbor Louise Monger contacted the police and attempted to bring the teen out.

He fought and said “No police, no police”

Ms. Monger spoke with Balesi, who functioned as a translator, by telephone. Balesi informed her a blue Volkswagen Golf was in route.

She observed a blue Volkswagen Golf drive by without stopping, presumably because a police van was behind it.

The Albanian youngster was seized by authorities, who photographed his Facebook Messenger conversations and phone calls.

It is thought they did not conduct additional investigation. Border Patrol ultimately apprehended the youngster.

Ms. Doyle was left so traumatized that she has relocated from her home of thirty years.

Last month’s incident included 59-year-old victim Sue Doyle (right) and 37-year-old neighbor Louise Monger, who phoned the police and attempted to haul the adolescent away from the house.

In 2017, both Balesi and his younger brother Refail pleaded guilty to serious affray at the Bolton Crown Court and were handed 18-month suspended sentences.

Two individuals got injuries ‘consistent with stab wounds’ and one was struck in the head with a bottle after a brawl that broke out in 2015 at the Lord Raglan bar, which was owned by the two men.

CCTV footage of the brawl revealed Balesi holding a bottle.

The Albanian police detained Balesi on September 29 on charges of money laundering.

The Ministry of Security located Balesi in Ramsbottom, a hamlet near Bury, where he and his 39-year-old British wife Claire own the Village Bistro.

He declined to talk with the Minister of State. Last night, it was questioned why Kent Police did not investigate the 16-year-old for illegally entering Ms. Doyle’s home.

The incident occurred after approximately eighty migrants in two dinghies landed on a beach in Dover that morning. In May, migrants were seen off the coast of Boulogne-sur-Mer in northern France.

According to Ms. Monger, two police interrogated Ms. Doyle in response to pressure from local representative Natalie Elphicke, but advised her not to bring charges since the adolescent was likely to abscond on bail.

Kent Police stated, “Officers acted based on information supplied at the time and in accordance with the homeowner’s preferences, who was satisfied with these steps.”

An attorney for Balesi stated last night that the claims against his client were “unsubstantiated and untested.”