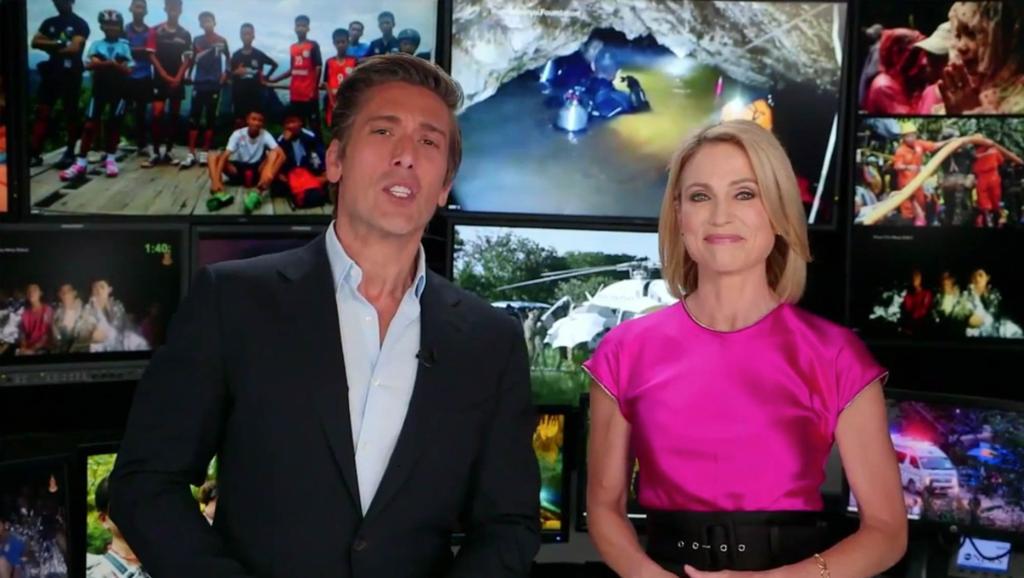 As network executives deliberate the destiny of the anchors in light of their scandalous connection, insiders tell Page Six that Robach’s “20/20” co-anchor David Muir “wants nothing to do with the drama.”

“He’s having none of it. He is the face of the evening news, but nothing is ever written about him in the newspapers. “He is extremely private, and no one at ABC approves of how Amy and T.J. handled the situation,” a Page Six insider said.

According to another source, “every anchor is disappointed that Amy and T.J. have produced so much trouble.”

They stated, “No one wants to be affiliated with this, and Amy and David are already not that close.”

In response to our request for comment, an ABC News representative stated that “World News Tonight with David Muir” host David Muir is “focused on the work, not any of this.”

The network’s initial response was to ignore it, but Holmes and Robach disobeyed and laughed on-air about having a “wonderful week” following the revelation of their affair.

According to many reports, people inside the network are “very angry” with the remark. “If the decision is to ignore it, then ignore it! On-air, T.J. made light of it. Amy is more intelligent than that, but how else should she respond?” the initial source stated.

Robach reportedly dislikes the attention the romance is receiving, especially since she battled so hard to become a co-anchor on “20/20.”

The affair between Robach and T.J. Holmes has become a big distraction at ABC News.

A TV source remarked, “She is a serious hard news journalist, and this is a significant distraction.”

“Becoming co-host of ’20/20′ was of utmost importance to her. She was preoccupied with obtaining this position. This romance is putting her name into disrepute,” they continued.

The facts of their affair have created such a distraction that rival CBS anchor Gayle King has described the situation as “extremely dirty.”

When questioned on “Watch What Happens Live,” Gayle King referred to the encounter as “messy.”

“In my opinion, it’s a horrible situation because there are children and families involved, and I keep thinking about that. I am quite concerned about this,” King said on “Watch What Happens Live”

Holmes also had an affair with Natasha Singh, a former “GMA” producer who is now a producer on King’s CBS show.

Holmes and Robach were removed from broadcast, and ABC is reportedly probing additional possible workplace scandals.