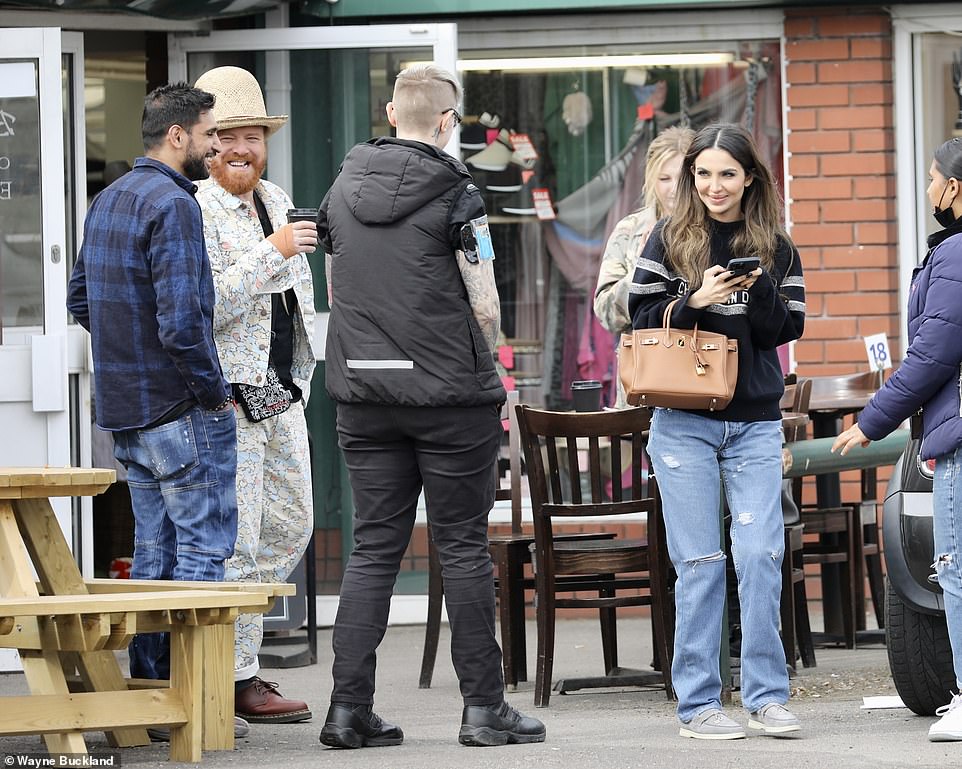 ‘It was dark, this masked man walked up to me, and at first, I believed it was a buddy playing a practical joke,’ Khan told MailOnline exclusively.

The former world champion also claimed that he is aware of the identity of the person who he believes orchestrated the robbery and has informed the police.

Khan’s comments come after his wife today posted CCTV images of the two hooded men who stole the diamond-encrusted watch.

In an Instagram post, Faryal shared a video of two men getting out of a Mercedes before making a beeline towards her and her husband.

Moments later the pair robbed the boxer of his £72,000 watch before running off.

Khan revealed that he considered hitting his attacker and trying to disarm him but the thought of Faryal, who was standing a few steps back, and their three children prevented him from taking any action.

He said: ‘I could have easily hit him, and I did think about it for a brief moment. But then I knew Faryal was with me, and he could have killed her, never mind me.

‘It was all over very quickly. The attacker just shouted: “Give me your watch.” I tried to remain calm, didn’t speak to him and just slipped it off my wrist and handed it over.’

As his voice trembled with anger, Khan added: ‘This whole thing has left me and Faryal very shaken up and scared. You don’t expect to be robbed at gun point, not in London. That’s the kind of thing that happens in the US but not in England.

Khan and Makhdoom, who got married in 2013 in New York, have three children, Lamisah, Muhammad and Alayna.

Former world champion Khan last fought in February in Manchester, where he lost to Kell Brook.

Last week he was booed by a crowd in Manchester after he refused to commit to fighting Conor Benn.

Khan had entered the ring to congratulate Benn after he got the better of South African Chris van Heerden on Saturday and didn’t commit to a blockbuster bout against the 25-year-old.

‘I am just here to enjoy the boxing. I’m a fan. I’m here to support him’, Khan said ringside after Benn’s victory. At the moment to spend time to my family but who knows. If I comeback then we can see where we go from there. He is a young and hungry lion.’

An onlooker is quoted in The Sun as saying: ‘These guys tried to jump Amir and his brother but they picked on the wrong blokes.

‘They parked their car in front of the Range Rover. At least one had a cosh. One slapped Amir and clipped him on the lip but Amir pulled back and knocked him out cold.

‘Then five of them went for Amir and Haroon – but they stood their ground and these guys got dropped one by one. They left these men with cuts and bruises but all they were doing was defending their property.