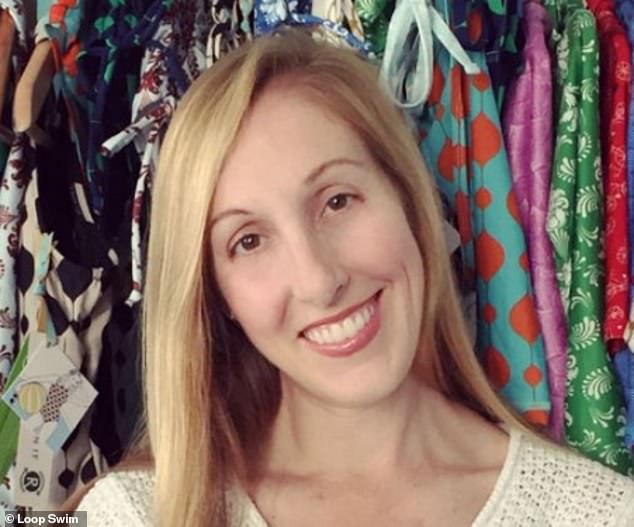 An American fashion designer who spent sixteen years in Shanghai has published an essay in the New York Times extolling the merits of bringing up her children under the watchful and totalitarian gaze of the Chinese government.

Heather Kaye, 49, and her husband George moved in Shanghai in 2006 with the intention of staying for one year. However, the couple remained and raised their two daughters there. Two years later, in 2022, the family was forced to return to the United States because to COVID-19’s oppressive rules.

She now describes her return to Washington, D.C. as a “culture shock” that makes her miss the way the Chinese government “co-parented” her children.

However, her own comments may come as a surprise to many who are concerned about the imminent threat posed by the Chinese government to the global economy, technology, and businesses.

In October of last year, it came to light that the Communist Party employs secret police stations in New York City to hunt down and deport dissidents, while those protesting the country’s zero-COVID policy have been known to vanish without a trace.

Heather Kaye spent sixteen years in Shanghai and authored an essay in the New York Times extolling the merits of co-parenting with the Chinese government.

Her family returned to the United States in 2022 after two years of living under the country’s brutal COVID-19 rules.

Kaye acknowledged the various ways in which the Chinese Communist Party would intervene in family life, such as by regulating what her children ate and how long they should sleep at night.

“In China, government co-parenting begins in the womb,” she said, referring to the loosening of restrictions on the number of children permitted per couple.

She stated that shortly after enrolling her children in state-run schools, the government began dictating how they should live.

She said that the Chinese kindergarten gave them a lecture on everything, including how many hours their children should sleep, what they should eat, and their ideal weight.

She asserted, however, that she appreciated the school’s instillation of discipline in her two girls, born in 2008 and 2010, respectively.

She reminisced, “Every morning, all of the students performed calisthenics in rows and raised the red Chinese flag while singing the national anthem.”

In addition, she lauded the Chinese educational system for “instilling a solid work ethic and a total drive for academic excellence” and teaching them that hard effort yields results.

Kaye stated that she was also appreciative of the fact that handing up portions of her children’s lives to the state alleviated the pressures placed on her and her husband, and she desired American parents would recognize the value of doing the same.

I’ve learnt to admire the nation’s strong sense of shared values and national unity. She noted that parenting, like government, is an imperfect art.

The Chinese Communist Party was quick to force itself on Kaye’s children, but she didn’t mind.

Kaye stated that each morning, all of the pupils performed exercises in a straight line and raised the red Chinese flag while singing the national anthem.

Kaye too recognized value in Chinese censorship. ‘In other aspects, raising children in China was advantageous, such as the strict censorship,’ she added.

The government set restrictions on the amount of time her children could spend playing video games, preventing them from accessing harmful content on the internet.

Moreover, the state’s oversight would keep her girls safe while they navigated the vast, but reasonably safe, Shanghai metro system, according to Kaye.

Despite all of this, Kaye was compelled to leave China, having endured their zero-COVID strategy that imprisoned them to their homes for two months and restricted their access to government food supplies.

She maintained her admiration for the country and the life they had been able to create there, even as her family left.

In an article on her family’s departure from Shanghai in 2022, she told Reuters, “Here, you can build anything you can imagine.” Whatever you want to be, you can become it here.

A recent investigation by the human rights organization Safeguard Defenders showed that the Chinese Communist Party maintains at least 54 “overseas police service stations” in 30 countries, including the United States.

Since the program’s beginning in April 2021, China has reportedly “persuaded” 230,000 Chinese citizens to return home.

Laura Harth, the campaign manager for the Safeguard Defenders, claimed that China has been using it to seek out dissidents and force them to come home.