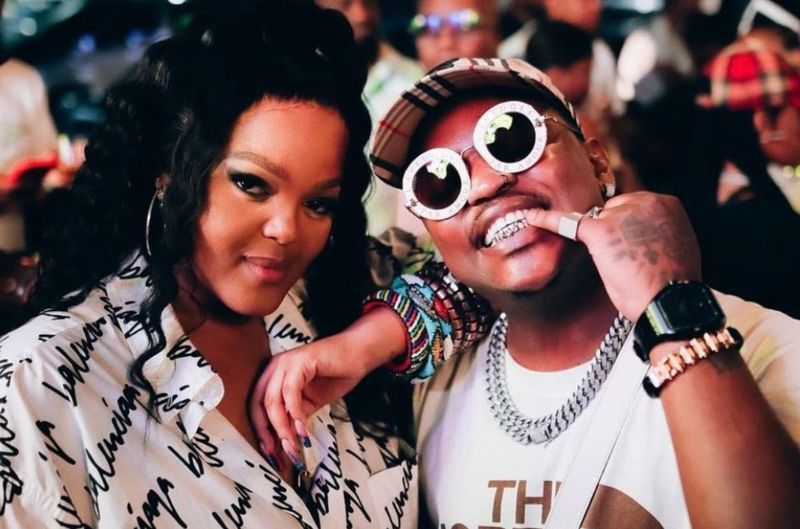 According to reports, Amapiano hitmakers Lethabo Sebetso aka Focalistic and Mandisa Radebe aka DBN Gogo have split up.

After publicly proclaiming their relationship on Valentine’s Day in 2022, sources close to the popular Amapiano duo Focalistic and DBN Gogo reveal that they are no longer together.

The source, who wished to remain anonymous, told City Press that the couple is private:

They broke up because of things they will never discuss in public, despite being extremely private individuals.

“Another amapiano star appears to have interfered with their relationship.”

In February 2022, the pair declared on social media that they had been dating in secret for years.

This occurred after DBN Gogo revealed via images and videos that she had spent Valentine’s Day with Focalistic.

According to a second source, their relationship announcement may have been a publicity gimmick to promote each other’s music.

“They are no longer together. “Knowing how celebrities operate, it could have been true love, but it could also have been a publicity stunt,” the person claimed.

There are also rumors of infidelity on social media, which may have led to the breakup of their partnership before the end of 2022.

The couple also hinted that they traveled to Paris, London, and France in March 2022 via their social media accounts.

It is thought that the Amapiano stars have now removed their Instagram photos of each other.

At the time this article was written, neither DBN Gogo nor Focalistic had verified their breakup.

DBN Gogo and Nomfundo Moh lead nominations for the Basadi in Music Awards.