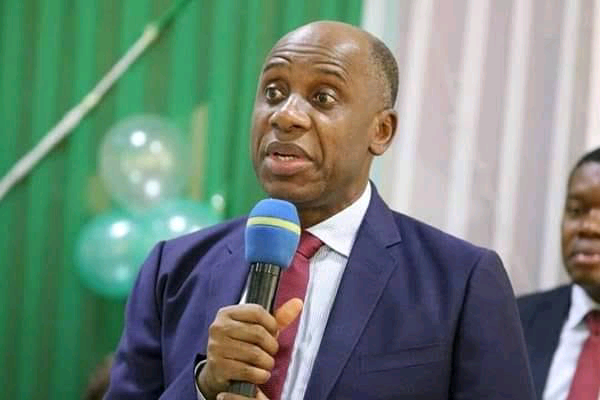 The Amechi for President support group Vanguard, APUV, under the auspices of the All Progressives Congress, APC has started the mobilization of the 10 man polling booth executives for Chibuike Rotimi Amechi Presidential ambition.

The Secretary of the Amechi Polling Unit Vanguard APUV, Comrade Tony Alum made this known in Enugu while swearing in executives of the APUV at the weekend.

In a letter by Rotimi Amechi seeking the groups support, the Minister of Transportation said that he has the capacity to unite Nigerians, fix the economy, utilize modern military equipment to contain insecurity in the land, provide employment, and will on election as the President, commence the eastern railway corridor and the Bonny Deep Sea Port amongst others.

Alum said that they have been able to secure enough delegates votes for Rotimi Amechi in Enugu.

According to Alum, ” This endeavor is made easy because we have a good market. Chibuike Rotimi Amechi, CRA is a good brand. I call him Mr Democracy or Mr Fortunate. Chibuike Rotimi Amechi is one of the very few Nigerian who have consistently held important political positions in the 23 years of the 4th Republic”.

Alum noted that Chibuike Rotimi Amechi has achieved a lot and wondered how many lions a man would kill before he will be recognized as a lion killer.

“These victories and successes are neither by accident nor coincidence.

This is a sequence, the almighty has prearranged in Amechi’s destiny which Amechi has worked out by diligence and hardwork”. Alum stated.

Alum noted that events have shown that Chibuike Rotimi Amechi can only succeed because that is the only thing he knows how to do.

“We should all count ourselves lucky to be among the vanguard that will work for the success of this Child of Destiny who has been groomed through the mill for the deliverance of Nigeria,” Alum added.