Allen Weisselberg, the longtime CFO of former President Donald Trump, stood before a New York judge on Thursday to plead to 15 felonies after striking an unusual plea agreement that would see him get a five-month jail term but only have to spend 100 days.

Weisselberg would not have to testify against his former employer, whose father Fred Trump initially hired him into the business that would help Donald Trump win the presidency, under the plea, which was first reported Wednesday night.

However, he would have to testify about a long list of unethical business activities, tax fraud, and financial crimes, and it may still attract attention to the corporation owned by Donald Trump and his grown children.

He is anticipated to get a five-month jail term from the court. But according to insiders, he may only spend 100 days in jail due to time off for good conduct. 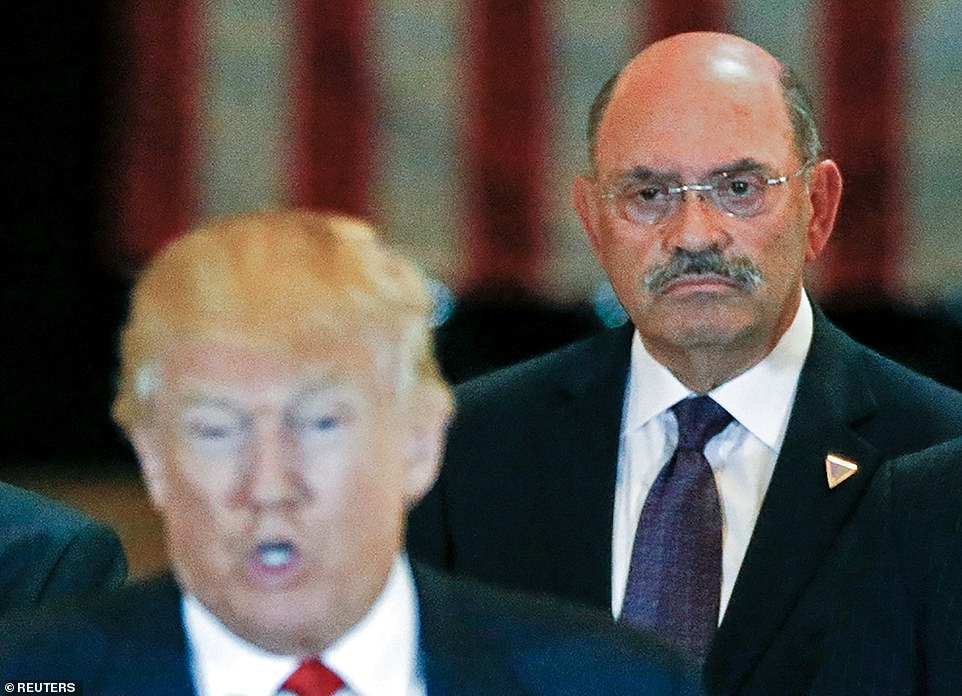 Details of his plea agreement were disclosed Wednesday by The New York Times.

The former executive, who along with Eric Trump and Donald Trump, Jr., assisted in running the Trump Organization while Trump was in the White House, will have to admit to all 15 felonies with which he was charged and give testimony about his involvement in a scheme to evade taxes on lavish corporate perks.

Weisselberg will be a key witness at the Trump Organization’s trial in October, when it will be accused of many of the same offences, as a result of this evidence.

In his testimony, he is not anticipated to incriminate either the former president or any Trump family members.

However, any attempt by the Trump Organization’s legal team to claim that no crime was done would be undermined by the admission by one of the organization’s senior executives that he committed the crimes.

In tax fraud schemes involving the Trump Organization and Trump Payroll Corporation, he is anticipated to enter a guilty plea.

According to a number of people familiar with the probe, the Trump Organization is anticipated to respond aggressively.

One person who verified that Weisselberg had agreed to plead guilty to 15 felony counts and potentially have his possible prison sentence reduced to 100 days added, “They are completely cranked up for trial and intend to fight this all the way through.”

Weisselberg was long considered a part of the family, according to a person acquainted with the former president Trump’s thinking.

They said that “they broke him in their quest to get Trump, and he simply wanted this finished.” He is regarded as a decent guy by everybody.

Trump’s campaign promise to “surround[s] myself exclusively with the greatest and most serious individuals” has been undermined by a slew of recent events, including his guilty plea. 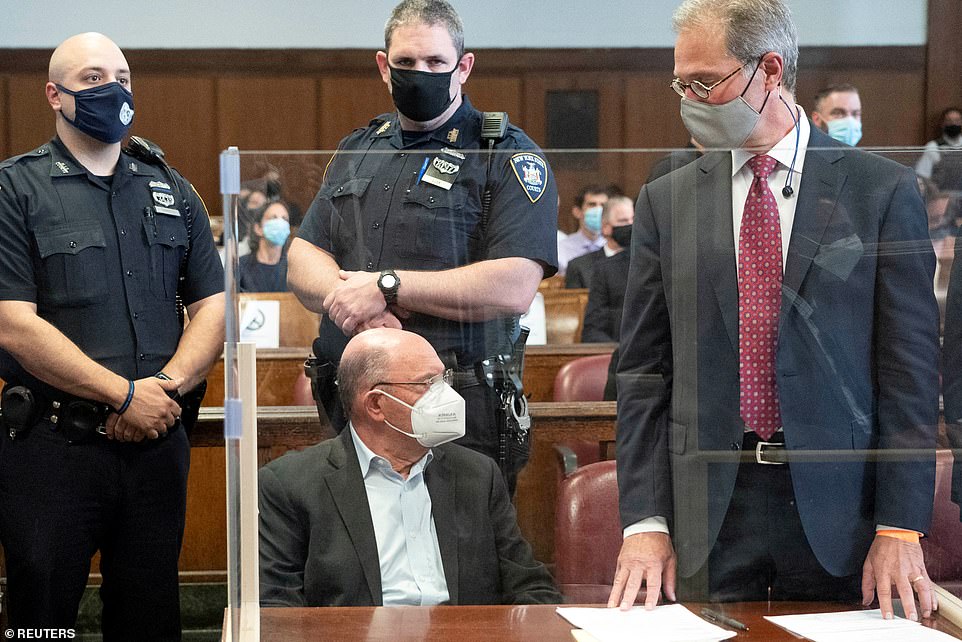 Weisselberg’s testimony is anticipated to serve as a springboard for more extensive allegations against the Trump Organization by the prosecution.

Cyrus Vance Jr., a former Manhattan district attorney, launched the lengthy criminal probe after he successfully petitioned the Supreme Court to get Trump’s tax papers. Weisselberg, 75, is the only Trump official to have been accused in the case.

Alvin Bragg, Vance’s replacement, is now in charge of leading the inquiry. The ability to testify before a grand jury in the matter has been given immunity to a number of other Trump executives.

In 1973, Weisselberg started working for Fred Trump, the father of Donald Trump.

In the decades that followed, he rose through the ranks of the Trump Organization. He assumed leadership of the business by the late 1980s, and in 2000 he was appointed chief financial officer and vice president of Trump Hotels & Casino Resorts. Additionally, he served as the Donald J. Trump Foundation’s treasurer and board member.

He has also taken care of the Trump family’s household expenses.

The Trump Organization stated on January 11, 2017, just before Trump was sworn in as president of the United States, that Weisselberg will co-manage the business with Eric Trump and Donald Trump Jr.

At the time when he was president, there was pressure from the public for Trump to completely sell his shares in the business.

Weisselberg was under intense pressure from prosecutors to cooperate in their investigation and has unparalleled knowledge of the inner financial workings of the Trump Organization.

Authorities said that Weisselberg and the Trump Organization conspired to pay top executives—including Weisselberg—off-the-books remuneration over a period of 15 years. 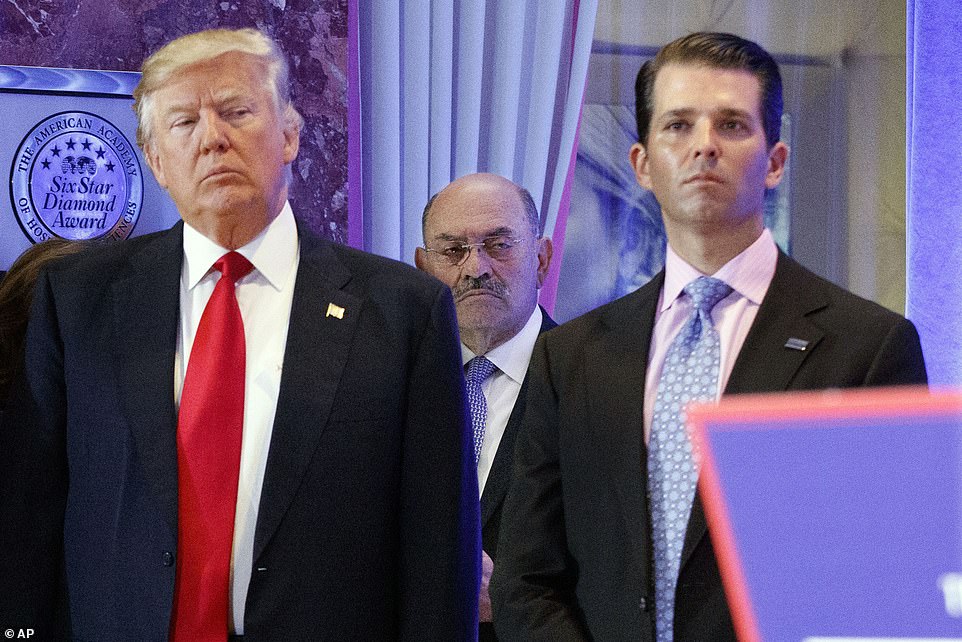 Weisselberg was accused of hiding $1.7 million in revenue, which included payments for two Mercedes-Benz leases, rent for a Manhattan apartment, and tuition for family members, with Trump himself signing the tuition cheques.

By serving Columbia Grammar & Preparatory School with a demand for documents, prosecutors were able to gather information on the tuition.

Jennifer Weisselberg, the mother of the kids, revealed to the Wall Street Journal that payments totalled $500,000 from 2012 to 2019.

He was also accused of stealing more than $900,000 in unpaid taxes and ill-gotten tax rebates from the federal government, state, and local.

According to James’ office, The Trump Organization is under investigation for its own tax tactics, which include inflating valuations when applying for loans and undervaluing them when dealing with tax authorities.

The accused have entered a not guilty plea. There are no active criminal charges against Donald Trump.

He has criticised the New York investigations as a “political witch hunt” and claimed that his company’s activities were just common real estate business practise and not illegal in any manner.

The trial is slated to take place in October.

The Trump Organization will be put on trial in November, when the Republican Party of the former president may take control of one or both chambers of Congress, if the election calendar holds.

In the wake of two runoff elections in Georgia in 2020, several Republican officials have complained bitterly that Trump’s allegations of election fraud could have lost the party control of the Senate.

Trump is also contemplating running for president again in 2024. He has hinted at this possibility ever since the FBI raided his Mar-a-Lago estate as part of yet another investigation into the relocation of sensitive White House documents to his Florida country club. 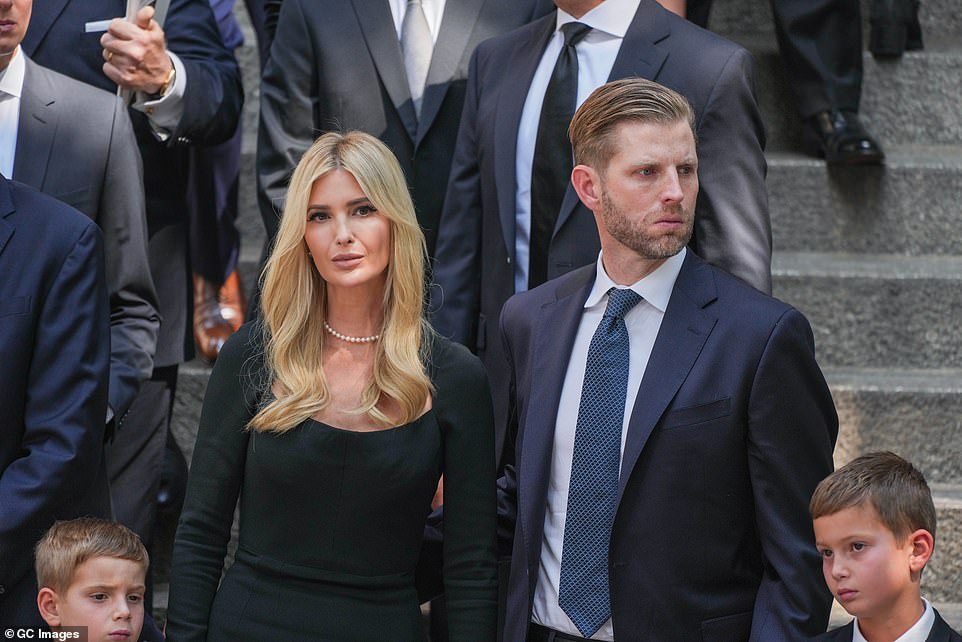 The criminal investigation seemed to be moving toward a potential indictment of Trump himself in the months following Weisselberg’s arrest, but after Bragg took office in January, the investigation slowed, a grand jury was disbanded, and a top prosecutor left – although he insists it is still ongoing.

The guilty plea from Weisselberg is merely the most recent development in a case that has also involved three of Trump’s adult children.

Eric Trump, a manager for the Trump Organization, also testified and repeatedly referred to the Fifth Amendment.

They arrived for a delayed appearance due to the passing of their mother, Ivana. In May, a New York appeals court ruled that Trump and his adult children must give testimony as part of James’ investigation.

Executive Donald Trump Jr. assisted in leading the nation while his father was in the White House.

Don Jr. apparently did not invoke the Fifth and answered investigators’ inquiries.

Ivana Trump was an unpaid White House staffer in the Trump White House. She acted as a point of contact for Deutsche Bank, the company’s main lender.

The plea agreement with Weisselberg is just the latest shocking legal development for Trump this summer.

After the former president’s office gave over 15 boxes of additional material to the government earlier this month, FBI agents conducted a raid at Mar-a-Lago to look for classified materials. 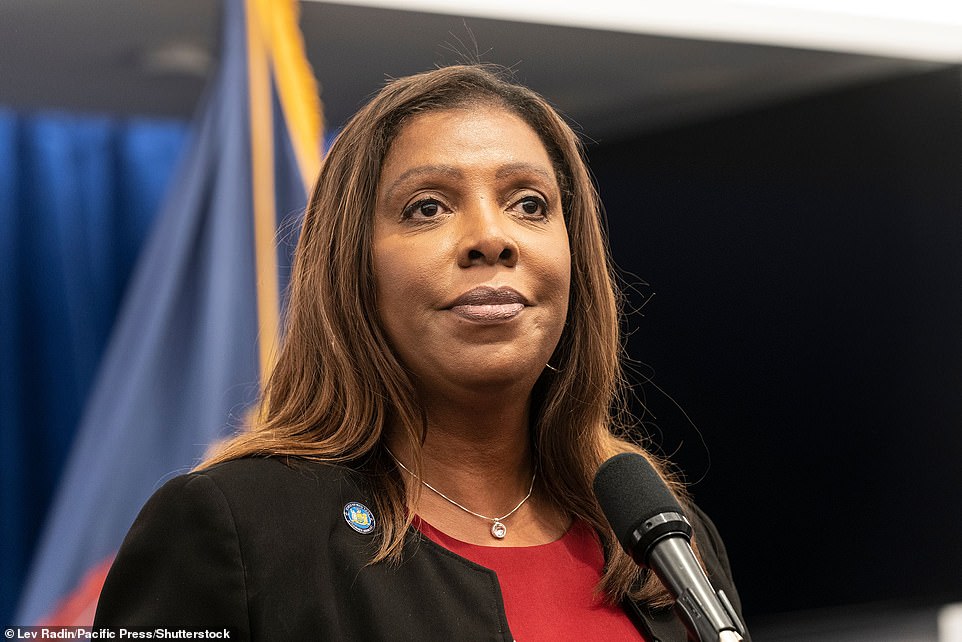 Rudy Giuliani, a longtime Trump adviser and former attorney, gave testimony on Wednesday in Fulton County, Georgia as part of an investigation into Trump’s attempt to rig the state’s election.

Giuliani’s attorney said on Monday that prosecutors had informed his client that he was a focus of the investigation.

Rep. Liz Cheney, the vice chair of the House Jan. 6th Committee, lost her primary election in Wyoming, and Trump celebrated the outcome.

The committee’s own investigation into the Capitol incident is still ongoing.

As federal prosecutors look into the matter, it has been disclosed that a former White House attorney appeared before a federal grand jury on January 6th.