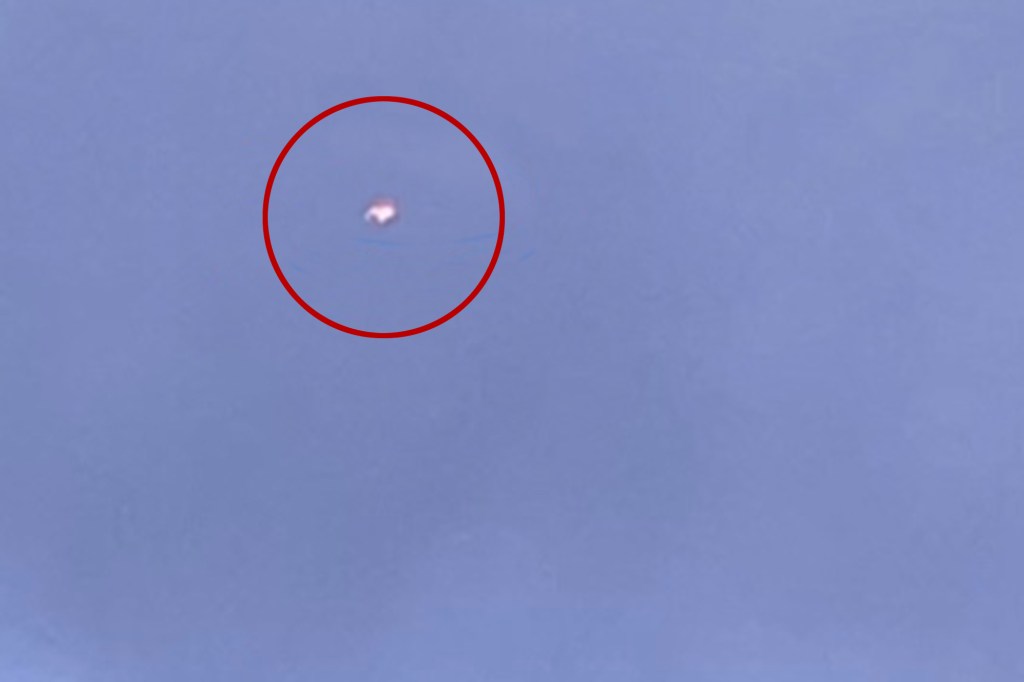 ET may not be calling, but he is certainly posing.

According to the National UFO Reporting Center, alleged alien-ship sightings in New York City increased by 4% this year, and for the first time, New Yorkers sent photographs to the center to substantiate their claims.

The center received 28 reports of sightings in 2022, up from 27 in 2021. And in a dozen of the new cases, images were provided due to the “improved website’s” user-friendliness.

Whether the mostly blurry images are true proof that the truth is out there is very debatable, but they do accompany witness allegations that intergalactic visitors are increasingly visiting New York City.

Manhattan recorded 13 close calls, the most of any borough, including one involving a car outside a Gotham skyscraper at 5:30 p.m. on February 4.

“I took 4 photos of the Empire State Building while waiting for a green light – the next day I noticed 6 orbs in 2 photos in different positions,” the driver posted, adding, “The glare from the Building’s light was so bright I didn’t notice the orbs at the time, and I can understand why no one on the ground noticed this.”

On June 18 at approximately 8:00 p.m., two “shape-shifting objects that remained together” were sighted in the East River.

“My father noticed the things, and at first I assumed they were balloons someone had released because they were so high in the sky. However, the longer I observed them, the more I understood they were not acting like balloons. They would illuminate from all sides and then go dark. “They were moving in a manner that I cannot adequately describe,” the poster stated.

Just after 6:30 p.m. on August 23, a second believer claimed seeing a “huge, silent chevron/boomerang-shaped craft” sweep across the Manhattan sky. On the south end of Central Park, he was unwinding with his wife and 2-year-old son.

Manhattanites claimed thirteen sightings, including this one outside the Empire State Building at 5:30 p.m. on February 4.

“It was certainly not an airplane or any other type of aircraft that we had seen,” the stunned father stated. “It was enormous, completely silent, and moving steadily, smoothly, and swiftly – without a sound. No one else appeared to notice.”

On the morning of September 12, a witness in Flushing, Queens reportedly took a photograph of a craft that “changed directions and hovered many times (up, down, left, right) and was easily different from a plane.” As evidence, the dispatch sends a picture of a jet and UFO that has been circled with a magic marker.

A photo taken by a witness in Flushing, Queens on the morning of September 12 appears to show a UFO “that was readily identifiable from a plane.”

According to the National UFO Reporting Center, there have been 167 reported sightings of flying saucers in the state this year.

At 7:40 p.m. on September 24 near Hamilton Township, a homeowner was astonished to witness “an incredible light traveling across the sky from west to east.” The bewildered observer said, “There was an aura or haze surrounding the item,” which “left a trail.”

The National UFO Reporting Center, formed in 1974, “makes no claims as to the veracity of the information in any of these reports,” according to its website, adding that “obvious hoaxes have been eliminated, but the majority of reports have been posted exactly as received in the author’s own words.”

Peter Davenport, head of the center, has previously stated to The Post that the truth is out there. “I believe we are constantly visited by these objects we call UFOs, and I assume they are controlled by intelligence from beyond our planet.”

»Aliens among us! New York City UFO sightings increase in 2022«