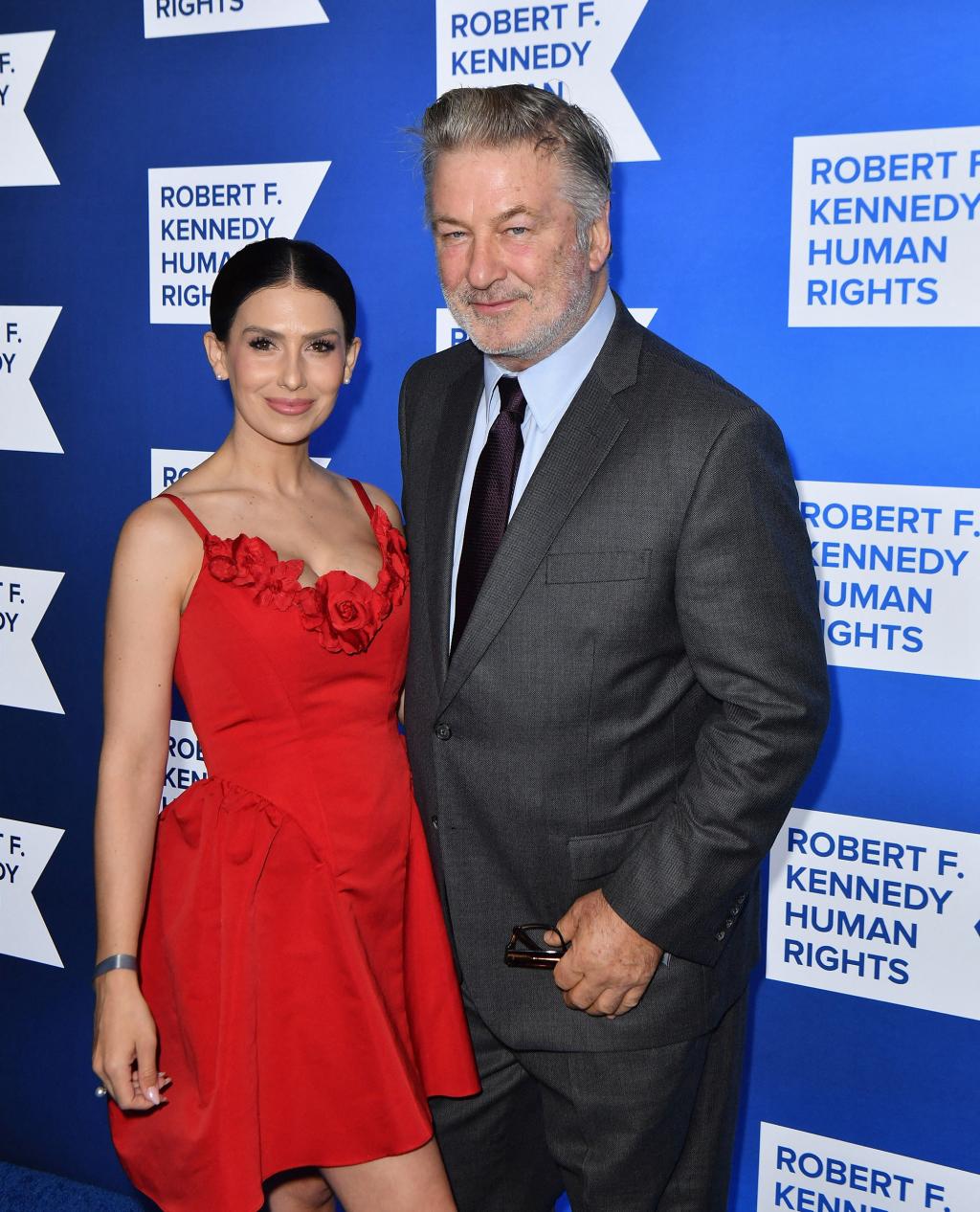 Alec Baldwin, who has seven children with wife Hilaria, made light of the size of his family when hosting the 2022 Ripple of Hope Awards on Tuesday, barely two months after the birth of his seventh child.

During a charity pledge drive at the ceremony honoring Prince Harry and Meghan Markle, Alec Baldwin assisted with the auction, according to a source.

Alec Baldwin hosted the dinner and participated in the charity auction.

We learn that another contributor has promised to match up to $250,000 in donations made at the event.

“During the auction phase [of the dinner], Keegan-Michael Key stood behind Gayle King and jokingly pressed her to pay money,” according to a second source. She ultimately contributed $10,000.”

According to reports, Don Lemmon, Catherine Keener, Alfre Woodard, Gayle King, Henry Schleiff, Libbie Mugrabi, Ricard Kind, and Karen Duffy were among the VIPs and celebrities in attendance. Baldwin, 64, jokingly joked from the platform, “The gummies are improving my vision, and I can see [CNN anchor] Don Lemmon lurking over there.”

Alec and Hilaria Baldwin walked the blue carpet together at the fundraiser.

Kerry Kennedy, daughter of Robert F. Kennedy, held the Ripple of Hope event in New York City, and the “30 Rock” actress jokingly mocked the Kennedy family by stating, “Even if only 10% of Kerry’s family shows up, that’s still 500 people!”

Recently, the Baldwins tried to get a family photo with their seven children.

A society insider indicated that Harry and Meghan contributed to the evening’s donations.

A source revealed, “The Duke and Duchess are money magnets!” Later in the evening, another source reported, “When Harry and Meghan took the stage, there was thunderous cheering. They had significant support in the room.

Harry even announced to the crowd that he and Markle were on a “date night.” The evening honored Bill Russell, Michael Polsky, Brian Moynihan, and Frank Baker, along with Ukrainian President Volodymyr Zelensky.

Previously, the family has attended public events together.

In addition, the couple recently given up on obtaining an organized family photo with their seven children while celebrating Thanksgiving.

Alec emceed the same event the previous year, weeks after the catastrophe on the set of his misfortunate film “Rust.” Hilaria stated in a new interview with “Extra” that they are not okay following the death of cinematographer Halyna Hutchins on set. We cannot be fine. No one’s okay… It was and continues to be a disaster that nobody could have ever imagined.”