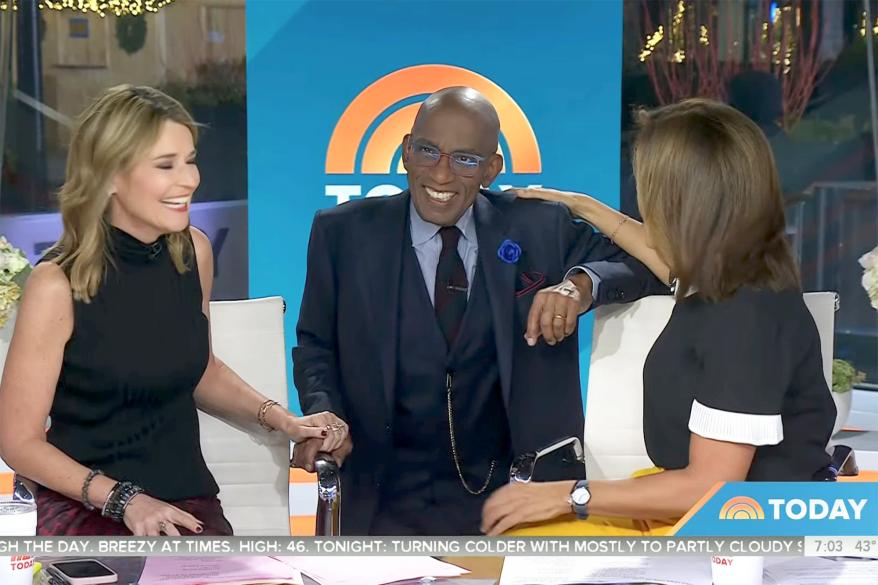 During his recent “life-threatening” medical issue, Al Roker stated he lost “half of [his] blood.”

After two months of recuperation, the 68-year-old journalist returned to “Today” on Friday with his wife Deborah Roberts to describe his “terrifying” journey for the first time.

“I lost fifty percent of my blood. He recalled his November 2022 hospitalization for blood clot complications and intestinal bleeding, saying that he “went in for one operation and got four for free.”

Roker’s medical team resected his colon, removed his gallbladder, and redone his duodenum in his small intensine after discovering he had two bleeding ulcers.

Roberts, 62, described her husband as a “living miracle.”

She said, “I have to say, and I don’t think I’m exaggerating, that Al was a very, very sick man. And I believe most people were unaware of that.”

The host of “Lifetime Live” was “on pins and needles” while his “medical mystery” unfolded.

In addition to Roker’s physicians, Roberts, who married the “Today” host in 1995, credited his “strong… will” for his recovery.

During the interview, the former “20/20” correspondent shed tears, as did Savannah Guthrie and Hoda Kotb when Al Roker came to set to report the weather.

When Roker returned to set, his coworkers were emotional.

“To say we have missed you would be an understatement,” she concluded. Nothing exists without your presence.

Deborah Roberts referred to her spouse as a “miracle.”

Roker responded, “I’ve missed you all so much. You are my second family, and it’s wonderful to return. And wearing trousers!”

After joking about the “bright” lights burning his eyes, the meteorologist had “so much fun” delivering the weather report.

In November 2022, the weathercaster was hospitalized with blood clot issues and lost “half” of his blood.

Roker disclosed his hospitalization in an Instagram post in November 2022, and although he went home for Thanksgiving, he was taken back to the hospital days later.

In December 2022, the NBC celebrity made a virtual appearance on the show and assured viewers that he felt “good” after his “tough slog.”

Roker is the father of three children, Courtney, 36, Leila, 24, and Nicholas, 20, whom he referred to as his “rocks” on Friday, along with his wife and coworkers from the “Today” show.