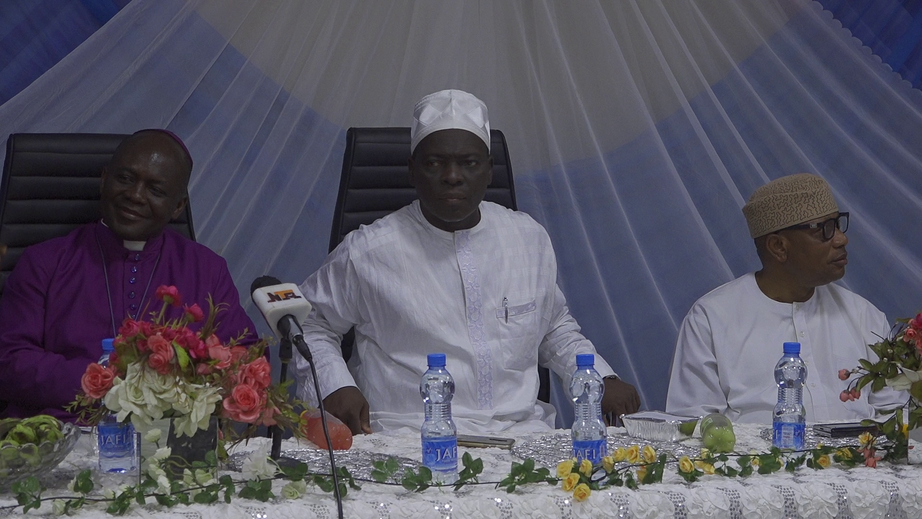 The Al-Habibiyah Islamic society has hosted some members of the Christian community and Media organizations to an Iftar dinner in Abuja as Muslims round off Ramadan.

Muslims worldwide observe Iftar during Ramadan by breaking their fast after sunset for the evening meal.
According to him, Nigerians must imbibe the spirit of tolerance and peaceful coexistence irrespective of religious persuasion.

The chief Imam also praised the Nigerian media for promoting unity across the country.

“Many people do not know that media is actually a Sunnah in Islam. When Prophet Muhammad (SAW) in his last sermon said: Those of you who are here should take what you hear to those who are not here.

He said Ramadan is a period when Muslims must show the true meaning of being followers of Allah by loving humanity.

“We do not only want to preach it (love), we also have to make sure that things get better in our community and in our nation,” Imam Adeyemi noted.
Lesson

Rev. Peter Ogunmuyiwa, Archbishop of the African Church (Abuja Province) commended Al-Habibiyah Islamic Society for building bridges through its effective engagement with the non-Muslim community.
He urged Nigerians to emulate the laudable initiative and shun unpatriotic elements that use religion to cause division.

“Religion does not actually divide people. The breaking of fast by both Muslims and Christians shows that Nigerians must not carry religion on their head. Religion is in the heart, not on the head. Al-Habibiyah is telling Nigerians that we must never use religion to divide.”

The Archbishop also had a word for Nigerian politicians.

“Let us see ourselves as one and irrespective of the religion professed, let us see the best that we know can really lead Nigeria to a level of development and growth,” he said.