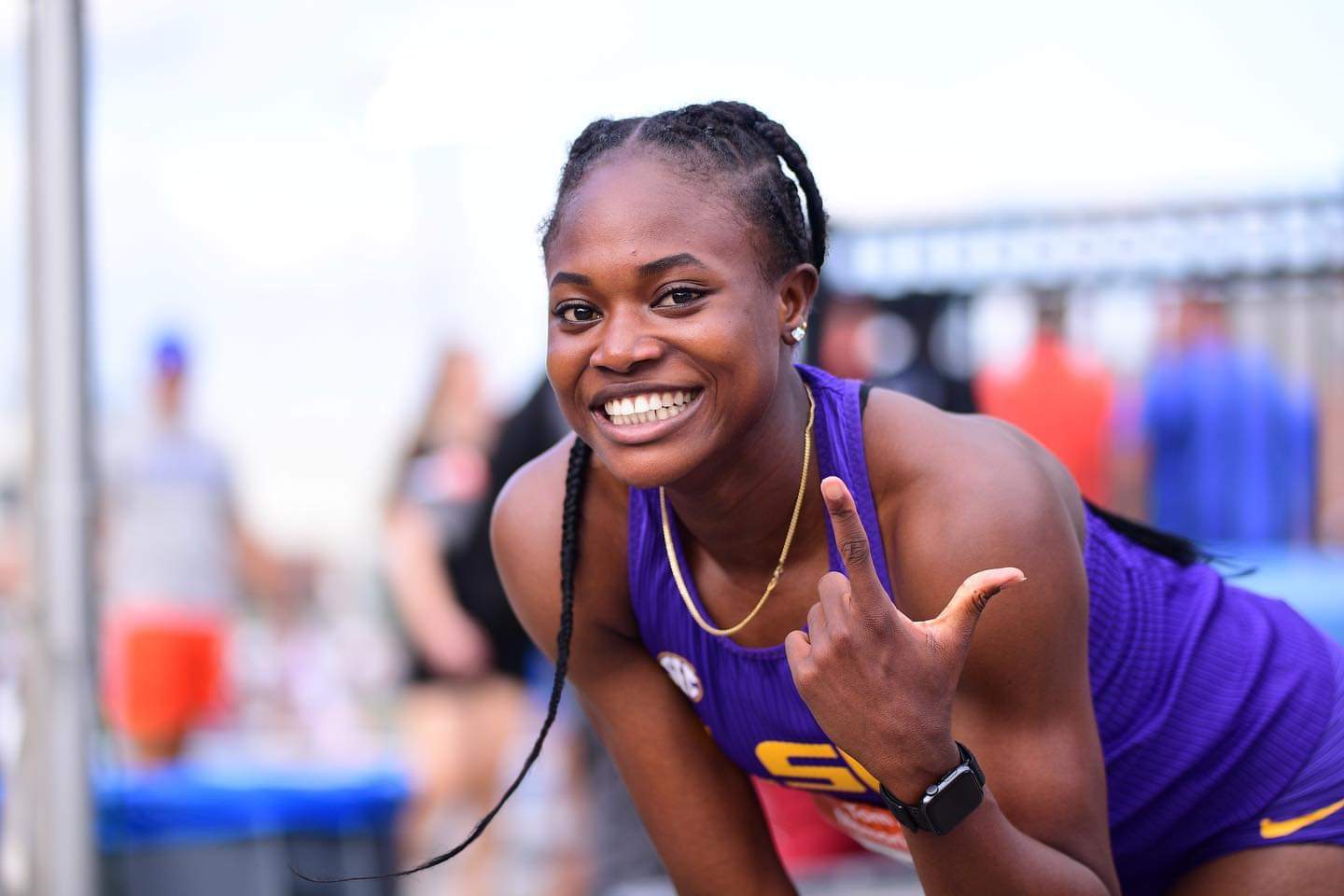 Olympic gold medallist, Chioma Ajunwa, and President of the Athletics Federation of Nigeria Tonebok Okowa, have both applauded Nigerian track and field star, Favour Ofili after her 200m record breaking display at the Tom Jones Memorial Classic 2022 in Florida on Friday.

Ofili ran a blazing 21.96secs to finish first in the 200m event breaking Blessing Okagbare’s national record of 22.04secs that had stood since 2018.

The 19-year-old also became the first Nigerian woman to run under 22secs in a 200 metres race as well as becoming the first collegian athlete to ever go sub 22secs leapfrogging the 22.02 set by Florida’s Kyra Jefferson at the 2017 NCAA Championships.

Ajunwa who was pleased with Ofili’s record breaking feat also advised her not to relent in practice while calling on the AFN to motivate the athlete.

“I have congratulated her for her feat, it is not easy and now all she needs to do is stay consistent ahead of the other tournaments in front of her. I know the sky is just the starting point for her after this achievement and I hope she can maintain the momentum,” Ajunwa said.

“The authorities in charge of athletics in the country should also motivate them because that goes a long way in making them better. They need to motivate them with action and not just words,” the former track and field star added.

AFN President, Okowa, added that he’s not surprised by her performance due to her incredible work rate.
“I am very happy with her performance. I spoke to her just before the event but I’m not surprised because that girl has been working really hard and she’s been very consistent so I am delighted for her and I know she can only get better,”