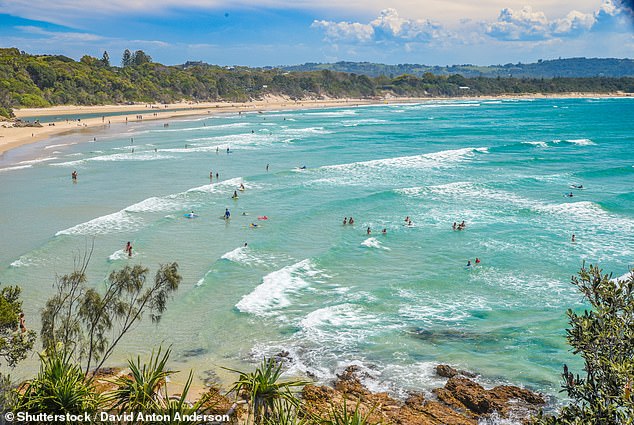 Website for short-term accommodations Due to a rental shortage in the region, Airbnb is upset about proposals to limit holiday rentals in a well-known tourist destination to only 90 days per year.

In order to provide space for residents who want long-term rental homes, the Byron Bay Shire Council wants to limit the number of nights per year that property owners may accommodate short-term guests.

Michael Lyon, the mayor of Byron Shire, criticized the global rental platform, claiming its goals are obscured by “smoke and mirrors.”

However, Airbnb said that the proposal is “divisive” and may have “irreversible implications” for the local tourism industry.

As a result of an increase in domestic visitors to the well-known vacation destination on the NSW far north coast as a result of the Covid-19 outbreak, Byron Bay’s rental situation has become worse.

The limit, according to Airbnb’s Head of Public Policy Michael Crosby, would put hosts on “a radically uneven footing” and have no effect on increasing affordability.

A 90-night limit, if implemented, would eventually harm visitors, neighborhood businesses, and communities in the region by limiting the variety, accessibility, and cost of lodging, according to Mr. Crosby.

Crucially, the Council’s plan “may have unforeseen and lasting effects for the town’s tourism economy” and “is extremely unlikely to have a large influence on the supply of affordable rental homes.”

He said that it would be difficult for long-term tourists to get lodging for non-vacation purposes, such as accessing jobs, education, or medical care.

According to Cr Lyon, Airbnb could be concerned about the possibility of other jurisdictions passing laws to restrict them in a similar way.

He said, “It’s the kind of smoke and mirrors you’d expect [from Airbnb],” adding that something needed to be done to address the rental situation in the region.

There are very few possibilities for long-term rentals. More housing stock losses are just unaffordable, according to Cr. Lyon.

He said that Airbnb is primarily concerned with keeping prices low for travelers and guests and only cares about what is best for its business, adding that it needs a “fair dosage of CSR.”

He also rejected arguments that the limitations would cause fewer tourists to visit the region, saying that instead, the limits would increase hotel reservations.

Other short-term rentals that don’t get a lot of vacation traffic, according to Cr. Lyon, will now have additional opportunities for guests, bringing them closer to the 90-day limit.

He said that the town’s imbalance resulted from a shortage of housing for local employees, while the number of tourists visiting the region keeps growing.

The proposal, according to Mr. Crosby, would “seriously divide” the neighborhood, and the council should take alternative actions to boost the housing supply.

Any hospitality establishment you visit will have a staff needed sign if you wander around the town right now. There are 40 openings on our local council. Since this is the case everywhere, any increase in the supply of long-term rental stock will be appreciated, according to Cr. Lyon.

Other parts of the NSW town that get a lot of tourist traffic, including Wategos Beach, would be excluded from the restriction.

Mr. Crosby, though, said that the proposal would “seriously polarize” the neighborhood and that the council should look at other strategies for boosting the housing supply.

According to NSW law, non-hosted houses may be rented out for a maximum of 180 short-term days per year even if the owner is not there.

After the council “thoroughly reviews all representations” about the proposal, the plan must be decided by June of the following year.