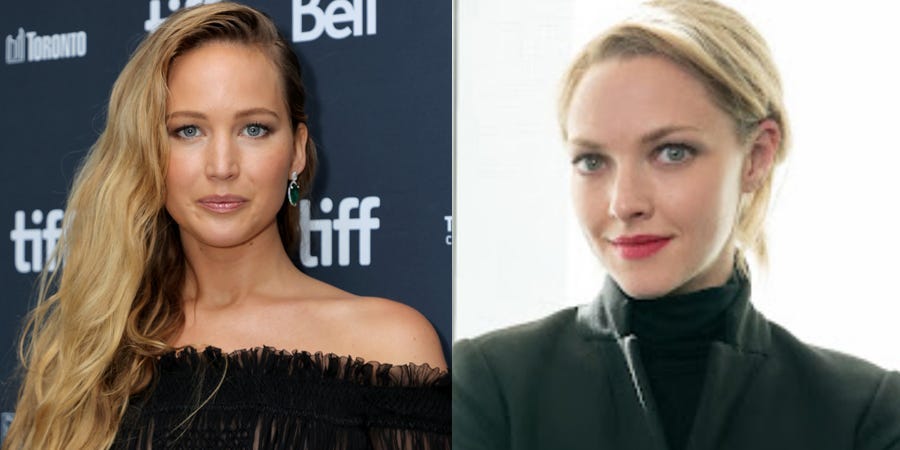 You will not be seeing Jennifer Lawrence wear the famed Elizabeth Holmes black turtleneck.

According to New York Times reporter Kyle Buchanan, who recently profiled the Oscar-winner, the star revealed to him that after she watched Amanda Seyfried’s performance in Hulu’s “The Dropout,” she’s passing on the role that she was supposed to play in Adam McKay’s upcoming movie on the Theranos CEO.

“I thought she was fantastic,” Buchanan says Lawrence told her. “I was like, ‘Yeah, we don’t need to repeat that.’ She did it.”

Insider contacted reps for Lawrence and McKay but didn’t get a response.

Back in January, while Insider chatted to McKay about his Netflix movie “Don’t Look Up,” we brought up Lawrence as Holmes. Specifically, whether she had been toying around with talking in Holmes’ unique deep voice.

“I haven’t made her do anything for me yet,” McKay remarked of the voice. “She stated she’s been working on it.”

“She’s born to play that role,” McKay remarked of Lawrence playing Holmes. “With the voice, she stated she’s feeling it. She’s excited.”

Amanda Seyfried is featured in “The Dropout.”

But it was before Seyfried won an Emmy for her performance as Holmes in “The Dropout” and stunned audiences.

In order to adapt John Carreyrou’s 2018 nonfiction book “Bad Blood: Secrets and Lies in Silicon Valley,” McKay will have to return to the drawing board. The production company is Apple Original Films.

Theranos was a multibillion-dollar company formed by Elizabeth Holmes that was believed to be a game-changer in the medical sector, since Holmes stated that her blood-testing equipment could run a wide variety of lab tests with just a few drops of blood from a finger prick. She was groomed to succeed Steve Jobs.

Holmes was convicted of three charges of wire fraud and one count of conspiracy to commit wire fraud in January as a result of the failure.