Skip to content
Go Home «» News «» Breaking News «» After tying the Stellies 1-1, Gallants are eager to continue the fight 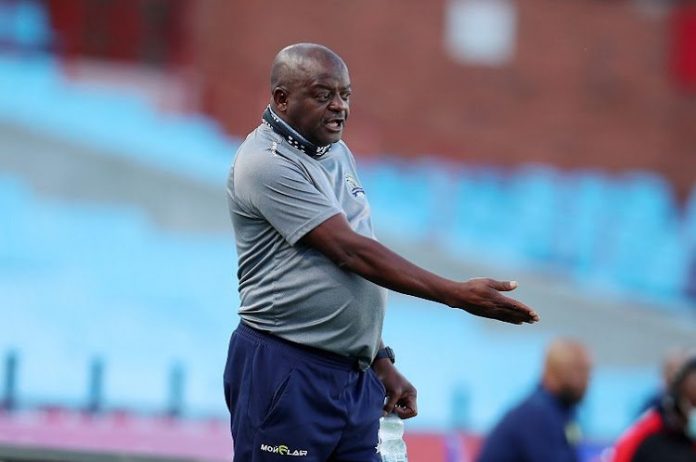 Marumo Gallants scored a late equalizer in a DStv Premiership match against Stellenbosch FC at the Danie Craven Stadium on Wednesday evening to preserve a point.

Junior Mendieta scored a fantastic goal in the 50th minute, but Ranga Chivaviro equalized in the 89th minute to deprive Steve Barker’s team all three points at home.

Coach Dan Malesela was pleased with his team’s performance and is certain that his squad will put up a fight and reverse their fortunes.

“I believe we played the game exceptionally well from the beginning until they scored. Yes, there were a few errors, but they were not detrimental,” Malesela said in a post-match interview.

“I don’t want to disparage the players, but we made a mistake that put us on the back foot once again. I believe we made the same error against Sekhukhune last week, which ultimately cost us the game.

“For me, it’s a learning process, and when we get punished for these things, it will tell the players not to repeat them – but I want to acknowledge the fact that we fought hard when we were down a goal and did not lose, so we will continue to fight.”

Despite salvaging a point on the road, Gallants continue to occupy a relegation zone on the standings, along with Maritzburg United for the fewest points with 14.

On Saturday, the Limpopo club will face recently promoted and surprise package Richards Bay at the Royal Bafokeng Stadium, while the Stellies will host Sekhukhune United.

»After tying the Stellies 1-1, Gallants are eager to continue the fight«