Skip to content
Go Home «» News «» Breaking News «» After the extension of Title 42, migrants in Mexico make arrangements to cross the border 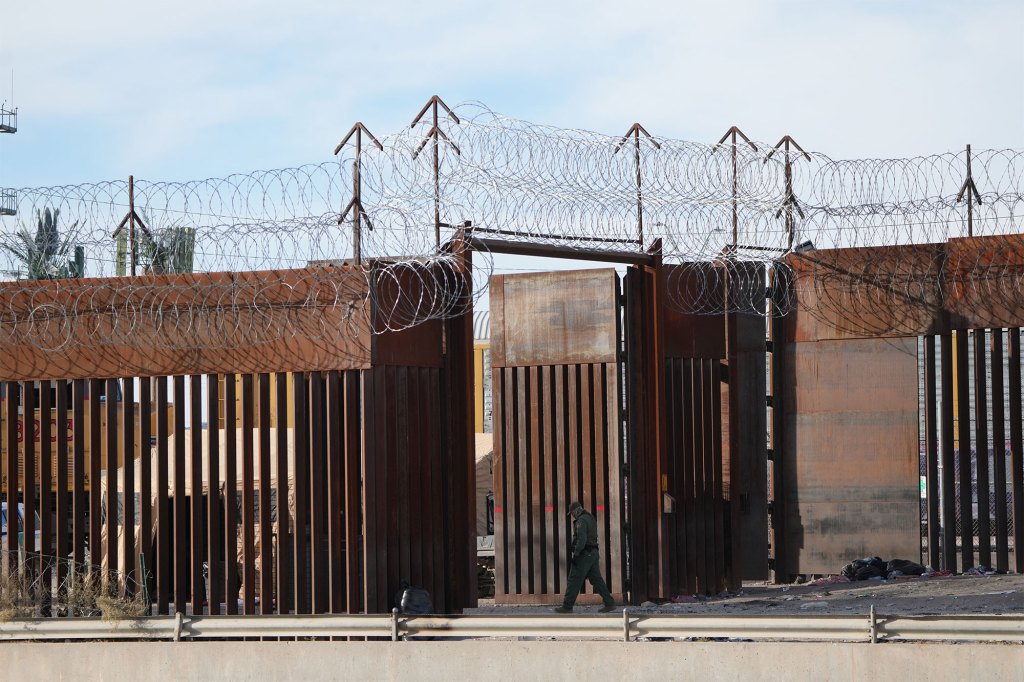 Migrants amassed in Mexico are yearning for relief and say they have been patiently waiting, but now intend to illegally enter the United States because Title 42 has been extended.

In the border city of Juarez, asylum seekers claim to have risked everything and spent all of their money in order to reach the United States. A woman displayed wounds on her foot from trekking hundreds of kilometers to the border, while a man displayed a bite from a monkey sustained during his treacherous journey through the Central American jungles to reach the border.

They are among the 20,000 people who, according to the mayor of adjacent El Paso, are waiting to enter his city once Title 42 expires. The pandemic-era regulation has been in effect since 2020 and authorizes border officials to immediately send persons from specific nations back to Mexico or their country of origin.

Throughout 2022, Venezuelans fleeing the country’s collapsing economy and failing leadership have flooded the United States’ borders and been granted asylum provided they have a legitimate claim.

After the extension of Title 42, some migrants intend to take matters into their own hands by unlawfully crossing the border.

Then Mexico agreed to accept Venezuelans removed from the United States in October, and it was added to the Title 42 list of countries. Since then, its residents have been required to wait in Mexico. Tuesday, as word of the decision to retain Title 42 spread, Venezuelans in Juarez gathered to discuss its implications.

Carlos Mojollon stated of the United States government, “I want to do things legally; they owe us the chance to at least request asylum.”

While waiting for Title 42 to expire, the Venezuelan mechanical engineer intends to apply for a work permit in Mexico, but he is in the minority.

Five days ago, Luz Moztardo, age 25, came in Juarez with her husband and two 1-year-old children. They were also waiting for Title 42 to expire so they could surrender to border agents. Tuesday morning, they checked out of their motel in hopes of arriving in El Paso by evening.

Moztardo stated that she and her two young children will enter illegally if necessary and that she hopes to reach New York City, where friends are waiting for them.

The number of children fleeing Venezuela highlights the humanitarian disaster at the border, where infants survive on donated food and sleep outside in the severe cold.

On December 27, a mother holds her child while waiting at the Mexico-US border.

Once individuals resort to unlawful means, they typically rely on cartel-affiliated smugglers to smuggle them into the nation, which may be highly perilous and fraught with risk, such as having to run across six-lane highways or suffocate in trucks packed with other stowaways. It can drive migrants to become indebted to cartels and to be coerced into lives of prostitution, drug smuggling, and other crimes.

In fiscal year 2022 alone, Title 42 was employed to keep out around 40 percent of the 2.4 million persons who attempted to cross the border. A federal judge ordered it to expire on December 21, and authorities on both sides of the border prepared by deploying additional troops and border officers, but last-minute appeals resulted in the measure being extended until at least February.

Tuesday night, the Department of Homeland Security, the parent agency of the United States Border Patrol, did not mince words over who it believes must resolve the border crisis.

“We will continue to handle the border, but we will do it within the constraints of a flawed immigration system that has existed for decades. “Congress must enact the comprehensive immigration reform legislation advocated by President Biden on his inauguration day,” the agency stated in a statement.

»After the extension of Title 42, migrants in Mexico make arrangements to cross the border«