Workers at Trader Joe’s well-known wine store in New York City’s Union Square claim that the discount supermarket chain decided to close the store when they threatened to unionize, along with thousands of other workers around the country.

The wine shop was a solid favorite among New Yorkers, who, for more than 15 years, endured the long checkout lines to purchase their favorite wines at steep discounts.

Until earlier this month, when a flimsy sign appeared on the store’s doors informing clients of its permanent closure. 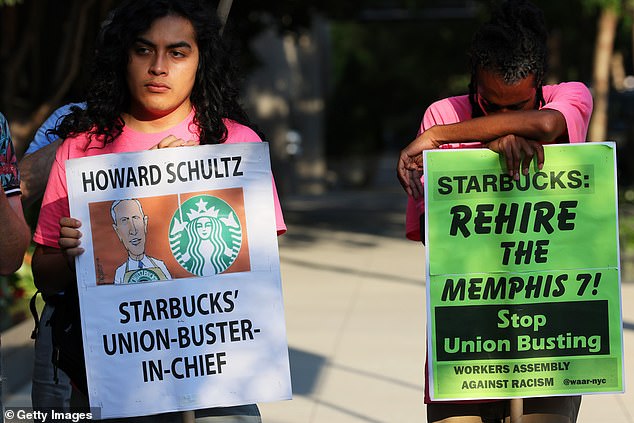 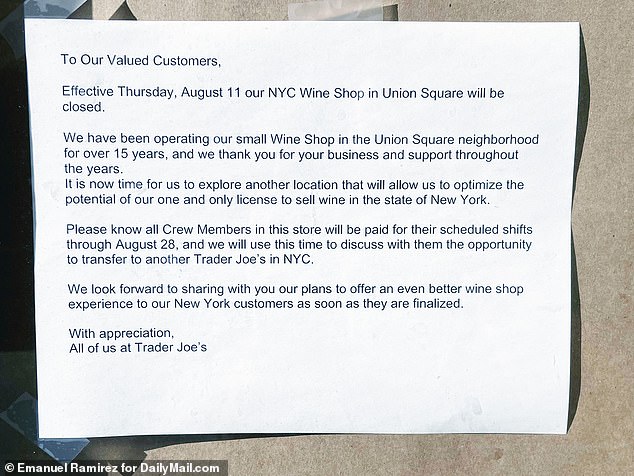 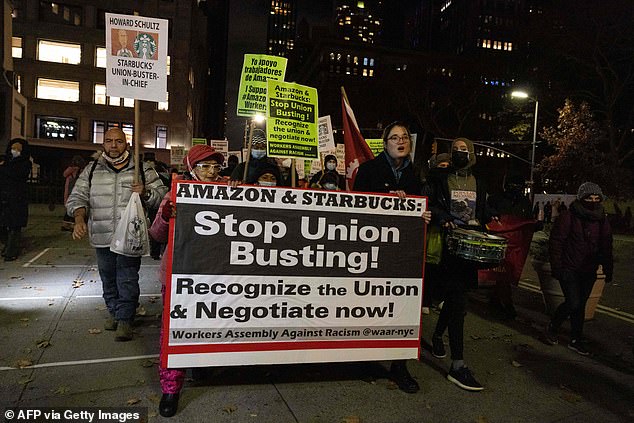 The workers of the closed store have revealed to The Huffington Post that they were days away from unionizing when the store closed.

22 employees out of thirty had opted to create a union.

‘Its sole purpose is to prevent the union drive from commencing. My customers are angry. It gives us a terrible reputation. Jonathan Reuning, 63, remarked, “It reflects poorly on [the corporation] to lay off staff without notice in such a manner.”

They hope this would deter other employees from engaging in the same behavior as us.

He had been employed by the organization for five years.

Despite TJ’s claims that it will open a better and larger wine store elsewhere in the state, the employees now claims that they are out of work.

The corporation has made no public statement regarding the decision to close the store.

Some of the personnel stated that it was to dissuade employees from other locations from engaging in similar conduct.

Rob Bradlea, another wine store employee, said, “They hope this will deter other employees from engaging in the same behavior as us.” One employee of the nearby grocery store told DailyMail.com on Thursday morning that the landlord, NYU, was responsible for the closure.

They claimed that management informed them that NYU was preventing the store from selling hard liquor despite having a license to do so.

The employee, Elizabeth, stated, “They don’t want us to sell hard liquor, but we have a license to, so we’re going somewhere else where we can.”

New York State law bans firms from owning more than one wine or liquor store. It is possible that management planned to expand to a larger location nonetheless, but are unable to do so due to this regulation. The store lease remains in the company’s possession, and it will now serve as a sort of fulfillment facility for the nearby grocery store.

Workers at other prominent retailers, including Starbucks, Google, Amazon, and Apple, have made similar attempts.

This week, Starbucks asked the National Union Labor Board to prevent its employees from voting by mail in union elections.

According to experts, this is due to a combination of the COVID-19 pandemic scaring workers about their rights, the cost-of-living crisis, and a motivating message from Joe Biden, who pledged to be the “most pro-union president in history.”