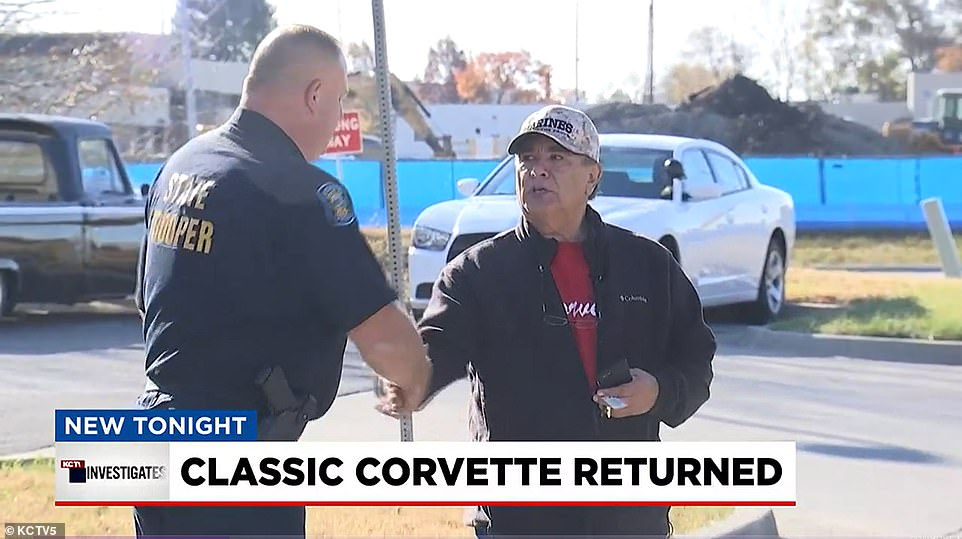 A six-year court struggle with the state ended with a Kansas man receiving his repaired 1959 red Corvette.

The vintage automobile was lawfully purchased by Rich Martinez for $50,000 in Indiana in 2016 and had to be refurbished in Illinois. According to KCTV, registration happened without a hitch in those two states.

However, when Martinez took it back to Kansas in 2017, he found that rivets, rather than the original Phillips head screws, had been used to replace the original Vehicle Identification Number plate.

Additionally, any car with a “destroyed, deleted, changed or defaced VIN” was in violation of Kansas state law at the time and had to be crushed.

Martinez, though, was able to postpone the destruction of his cherished automobile while he battled for six years to get it back, wondering how a legitimate purchase in another state — with proof of purchase — could be regarded as stolen property.

Eventually, the grandpa was able to get the attention of Kansas state legislators, who decided to modify the rule earlier this year to exclude any vehicle that is older than 35 years and requires renovation.

Martinez eventually had his keys back late last month as a consequence, but only after paying $30,000 in legal expenses.

After being abandoned for years in parking lots and storage sheds where other vehicles and boats would crash into it, he now faces an additional $28,000 in repair costs.

But he insisted that it would be worthwhile if he can drive his restored automobile around town with his grandkids.

He told KCTV, “It’s been a long six years.” But we’re going to start again since this is our home.

He never faulted the Kansas Highway Patrol throughout his court struggle, according to KCTV, claiming that they were only carrying out their duty.

He attempted to dispute the state legislation instead, pointing out that it could be necessary to take the VIN plate off a refurbished car.

As he had not actually removed the VIN plate or stolen the automobile, Kansas state authorities eventually even conceded that he was innocent under the law. He also won the backing of the Kansas Justice Institute.

Asset forfeiture is bad enough, according to Sam MacRoberts, director of litigation at KJI. But in this situation, it’s particularly awful since the government acknowledges that Mr. Martinez did nothing illegal.

According to Reason Magazine, he said, “When the government believes someone is innocent, they shouldn’t use their authority and resources to confiscate their property.”

“The United States and Kansas constitutions do not empower the government to recognise a person’s innocence on the one hand, and on the other hand, proclaim the innocent person’s property to be “contraband” and confiscate it,” MacRoberts said.

Leo Delperdang, a Kansas state representative, understood “it was up to us to amend the rules and make it more acceptable” as word of his court struggle spread last year.

The Kansas State Legislature finally adopted his measure to exclude antique automobiles from the forfeiture provision earlier this year, and the lawsuit against him was dismissed with a court giving him a $20,000 reward.

But after all that, Martinez wonders whether the struggle was worthwhile given that he now has to pay an estimated $28,000 for repairs in addition to the $30,000 he has spent on legal expenses.

After lying idle for so long, the engine no longer starts, and the once-shiny crimson coat has been caked in dust from the years it spent in a Topeka storage facility.

Martinez acknowledged that the battle was not worthwhile financially or emotionally. ‘ But I do hope that whomever is viewing this realizes that you may not always be the only one out there fighting.

He said, “What’s wrong is wrong and has to be fixed.”